Demonstrations in Europe and the USA for democracy in Sudan

Sudanese residing in Europe and the USA demonstrated last weekend to condemn the actions of the military junta and demanded a hand-over of power to civilians.

Demonstrations were held in European countries as the Netherlands, Belgium, Germany, France, Britain, Ireland, and Sweden.

In the city of Utrecht in the Netherlands, dozens of Sudanese held a silent protest for a few minutes in the honour of those who lost their lives since June 3. They also performed a silent play that denounced the role of Saudi Arabia and the United Arab Emirates in the killing of the protestors at the sit-in in Khartoum.

Protesters held banners calling for an end to all killing of defenceless civilians, demanding civil rule and justice for the victims of the June 3 massacre. 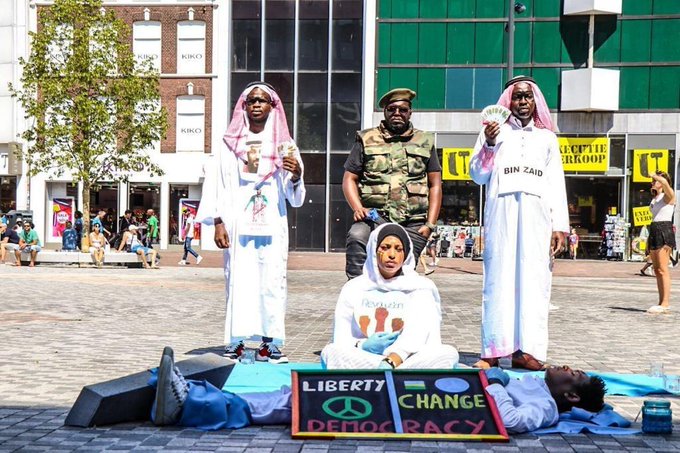 Solidarity vigils and demonstrations for Sudan in USA

Sudan protests continue, leading up to ‘March of Millions’