Mamabolo made his remarks during a video conference at the beginning of last week, while presenting his latest 90-day report to the UNSC. He lamented that the SLM-AW continues to hold out against joining the peace process. “I urge the Council to consider stern action against the SLM-AW leader because, from all accounts, he prefers belligerence and armed struggle to the cessation of hostilities and a political process,” Mamabolo said.

In a joint statement issued by the JEM and SLM-MM on Saturday, and a separate statement by the SLM-AW yesterday, the movements have demanded that the proposal be “ignored for its negative impact on the peace process”.

JEM leader Jibril Ibrahim and SLM-MM leader Arko Minni Minawi pointed out that “the tasks of mediators do not include the search for sanctions on a party to the conflict, especially if that party is the victim… This step shows that the mediator is incapable and lacks creative means to communicate with all the parties to the conflict and to understand their positions and convince them of the importance of their participation in the peace process; which harms the mediator himself before he attacks the target party.”

They said that “Mamabolo’s remarks raise legitimate questions of his commitment to neutrality, especially as they deliberately ignore the responsibility of the Sudanese government’s obstruction of the peace process by intransigent positions and adopting military and security solutions to resolve a political issue.”

Their statement added: “The mediator, who did not condemn the regime’s attack on unarmed civilians in Darfur, South Kordofan, and Blue Nile, or its initiative to attack SLM sites in Jebel Marra, has not recommend sanctions against the government, but is rather asking for sanctions to be imposed on the victim.”

The leaders of the movements pointed out that “imposing sanctions on a party to the Sudanese conflict will not contribute to peace but will hinder communication and make it impossible. It would push [the party] towards rigid positions, and loss of confidence in the justice of international institutions.”

They considered the move “a strong signal to encourage the Sudanese government to persist in the crimes it has committed, as well as a loss of the trust from others who have not been directly targeted because they view it as a blatant deviation from the norm, a clear bias and absolute support for the regime in Khartoum.”

They explained that this feeling prevents a normal relationship between Mamabolo and the revolutionary movements, which impedes the peace process.

In a separate statement issued yesterday by holdout SLM-AW faction leader Abdelwahid El Nur, the target of Mamabolo’s remarks, he sharply criticises the head of Unamid, describing him as “unfit to fill the post”.

“Instead of talking about the regime’s practice of genocide and expelling the organisations that provide relief to the displaced, Mamabolo calls on the Security Council to punish those who defend their people.” – SLM-AW leader Abdelwahid El Nur

El Nur: “The head of Unamid has become the Minister of Foreign Affairs of the government of the Sudan. Echoing what Al Bashir says does not behove a head of a neutral UN mission. Instead of talking about the regime’s practice of genocide and expelling the organisations that provide relief to the displaced, Mamabolo calls on the Security Council to punish those who defend their people. We welcome the punishments since there is no more punishment than the fact that the Sudanese people are now either displaced, hungry or refugees.” 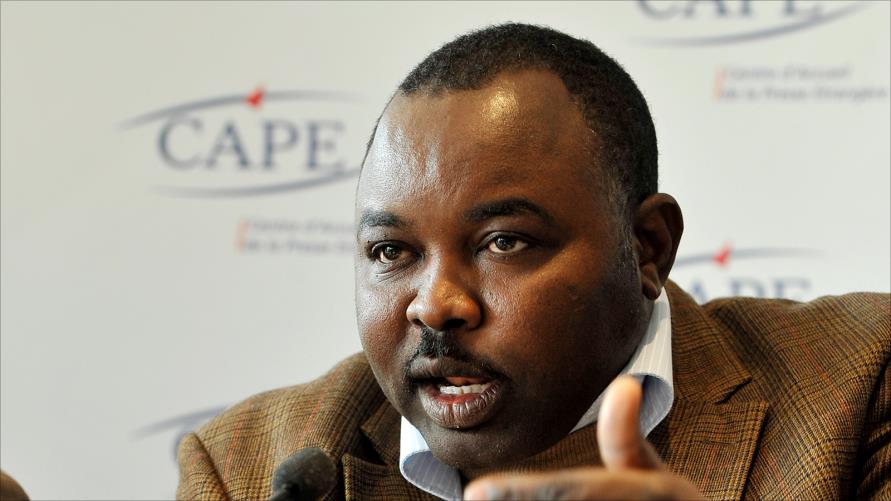 El Nur, whose faction resolutely refuses to enter into talks or negotiations with the Khartoum government, reaffirmed that “the movement [SLM-AW] is continuing its struggle against the National Congress government in its steadfast positions of disarming the government’s militias, demanding compensation individually and collectively for the victims, and addressing the roots of the Sudanese crisis with equal citizenship, separation of religion and state, liberalism, and rule of law. All this must be done before talking about peace.”

On the current situation in Jebel Marra, El Nur accused the government of exploiting the declaration of a cease-fire for humanitarian reasons after the recent landslides in Jebel Marra.

He says that the government continues to bombard and attack the sites of the movement and the civilian areas: “Now there are large government movements armed with heavy weapons.” He says there is also intensive aerial bombardment on the movement’s sites.

In a statement by its Central Council, the opposition Sudanese Congress Party condemned what it said were “signals from some regional and international powers to hold the victims responsible for continuing the war instead of holding the regime and its racist policies accountable for the spread of wars that doubled the human suffering in Sudan”.

Two weeks ago the SLM-AW claimed that the Sudanese army and the rebel forces clashed in southern Jebel Marra. The SLM-AW recently announced an unilateral three-month ceasefire in a certain part of Jebel Marra, to allow for aid assistance. According to UN humanitarian coordinators, “the government of Sudan and SLM-AW are facilitating access to the affected area”.

In a new statement this week, the SLM-AW released information about the unilateral cessation of hostilities which both the armed movement and the Sudanese government forces pledged to adhere to. In a document signed by General Commander Abdelgadir Abdulrahman Ibrahim, the rebels claim that Sudanese (para)military sources have committed a number of crimes against the local population.

The list includes seven reported crimes in total, allegedly committed by Sudanese soldiers or Rapid Support Forces (RSF). None of the claims could yet be corroborated with Radio Dabanga reports.

One of the claims in the list states: “On September 26, 10 women were gang-raped in Leiba in South Darfur, East Jebel Marra (...) while they were working in their farms.” The statement continues with a list of all the names of the victims, aged between 14 and 55.

“On 26 of September the regime’s forces committed massacre in Rabkona village in western Jebel Marra, in the outrageous attack Khartoum’s forces killed 15 innocent civilians and injured 12 others,” the faction claims.