West Kordofanis stunned by large ‘crack in the ground’

On Friday morning, people in the area of Kalaeit in West Kordofan found a huge crack in the ground.

The phenomenon caused terror among the people living in the area, a West Kordofan government employee told Radio Dabanga.

He said that a team was formed in Babanusa which visited the area of Kalaeit, located 20 km north of the town.

“The crack has a length of about 20 kilometres, and is 5 to 15 metres deep. It’s breadth varies from one metre to ten metres,” he reported.

The Commissioner of Babanusa appealed to the people living in the area to leave the place “for their own safety” until the phenomenon has been properly investigated.

In a press conference on Sunday, Sudan’s General Corporation for Geological Research announced that it instructed its department in West Kordofan to investigate the matter.

The Director General of the Corporation, Mohamed Abufatima, said that surface cracks may have been caused by the heavy rainfall and the ensuing floods that hit the area earlier last week. 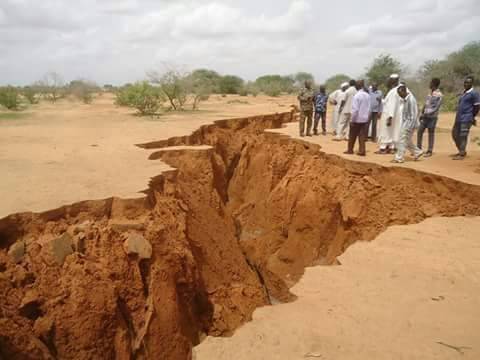 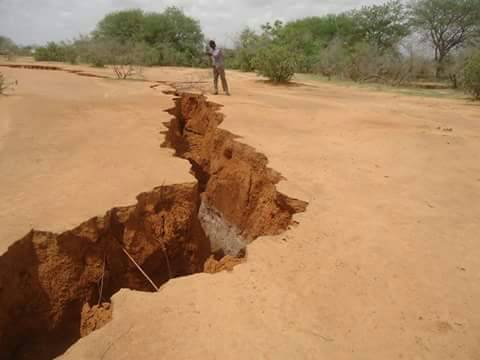 More cracks in the ground by West Kordofan rainfall

Khartoum to assess poor families in case of coronavirus lockdown