Sudanese expats protest at EU HQ in Brussels on Saturday

On Saturday, Sudanese expats from western European countries protested outside the headquarters of the European Union in the Belgian capital of Brussels. They voiced their support of the popular movement, denouncing the killing, torture, and detention of peaceful demonstrators.

Mohamed Abdelhamid, one of the organisers of the protest told Radio Dabanga that the protest was attended by Sudanese from 35 European cities.

The protesters handed over a memorandum to the European Union, which includes a package of demands, foremost of which is to stop EU support for the Khartoum regime, prevent the regime from using the State of Emergency against the demonstrators, and to review the agreement and cooperation of the EU with the Sudanese government on illegal immigration.

The memorandum also calls on the EU to supporting the Sudanese in their struggle for liberation from the Al Bashir dictatorship  which has ruled Sudan for three decades.

Similar protests were called by the Sudanese Professionals Association in cities in the USA and UK, where several hundred demonstrators gathered on Trafalgar Square in London. 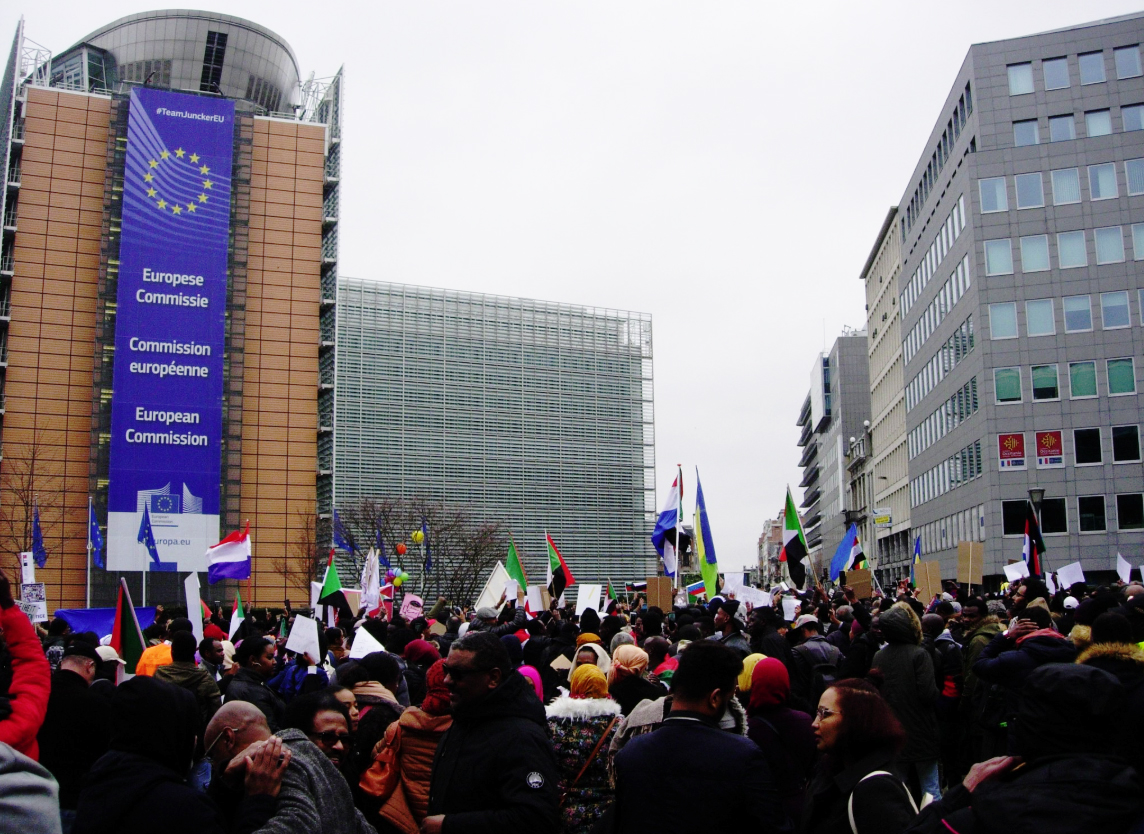 Sudanese expats protest at EU HQ in Brussels on Saturday

Sudan protests ahead of nationwide strike