Lt Gen Abdelfattah El Burhan, President of the Sovereignty Council, discussed the current political impasse in the country with the acting head of the Umma Party, Maj Gen Fadul Burma, on Wednesday. Sudanese security forces and activists are prepared for new Marches of Millions in the country today.

In a press statement, the National Umma Party (NUP) said that the meeting that took place at the Republican Palace in Khartoum was characterised by “credibility and transparency”.

Burman handed a copy of the NUP’s new roadmap to solve the political impasse following the coup under the leadership of El Burhan end October.

The NUP head stressed his party's keenness “to achieve consensus among all the forces of change without excluding or isolating anyone”. He added that “the party will seek to gather all political and societal forces and resistance committees to agree on a unified vision in order to resume legitimacy and complete the tasks of the transitional period”.

The two main factions of the Forces for Freedom and Change (FFC) have also presented position papers on a way out for the current political crisis.

On October 25, Sudan's military under the leadership of El Burhan dissolved the country's power-sharing government as agreed on in the August 2019 Constitutional Document and declared a State of Emergency.

Nearly one month later, on November 21, El Burhan and PM Hamdok signed an accord with the aim "to restore the transition to civilian rule". The deal reinstated Hamdok, and tasked him with the formation of a new government consisting of technocrats until geneal elections will be held in July 2023.

Civilian groups including the FFC and the Sudanese Professionals Association, the driving force behind the 2018 December uprising rejected the agreement, refusing continued power-sharing with the military, a stance that is broadly backed by many Sudanese.

To date, no new government has been formed. Satee El Haj, a leading member of the FFC told Radio Dabanga on Tuesday that he expects an agreement soon. Any further delay in reaching an agreement between the political forces to move forward will have dire consequences for the country, he said.

In various places in the country, activists yesterday held public gatherings and small demonstrations calling for mass participation in the anti-military protests (Marches of the Millions) planned for today.

Security forces in Khartoum began blocking roads (as activists have been doing during former demonstrations) and used containers to block the ‘Fitihab bridge’ between Omdurman and Khartoum. Most of the other bridges in the country’s capital are closed as well.Joint forces of Military Intelligence and the General Intelligence Service (GIS) continued their detention campaign among members of the Resistance Commitees active in the neighbourhoods of cities and towns in the country, to prevent them coordinating the demonstrations today.

NetBlocks reported that the mobile internet services are offline again since 10:00 this morning.

The Ayin [Look!] Network set up a digital Sudan Protest Monitor together with the Sudan Archive, and claims that the anti-military protests are increasing across the country since the 25 October coup. The 25 December protest took place in 30 different places, including seven in Darfur, the network tweeted yesterday. 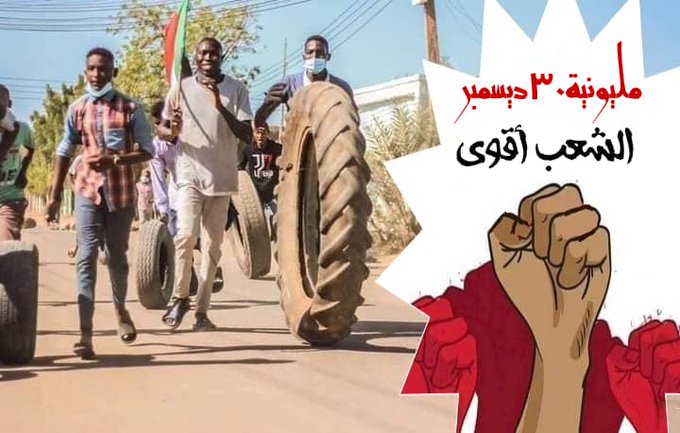 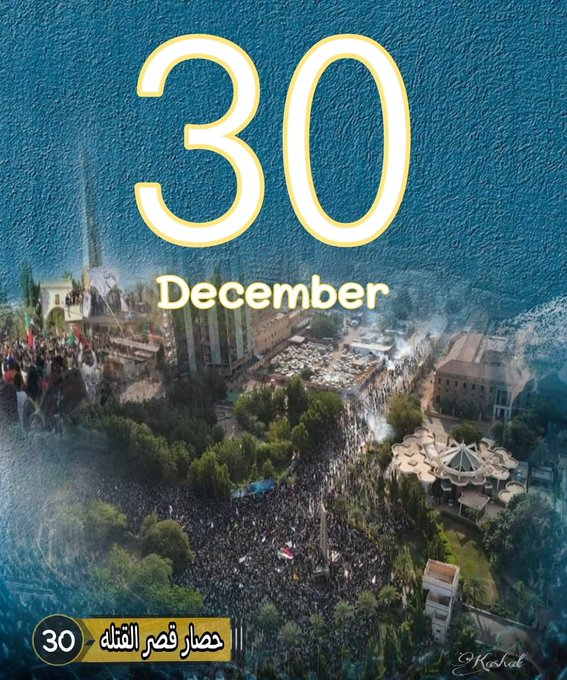 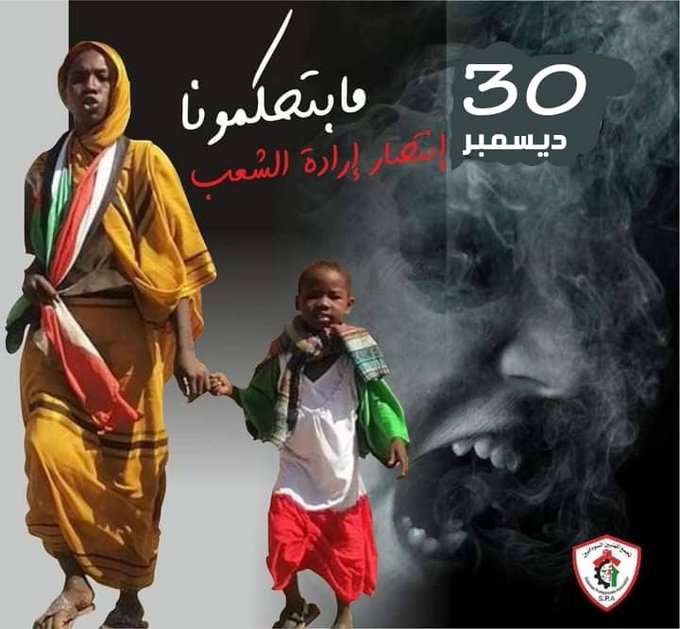 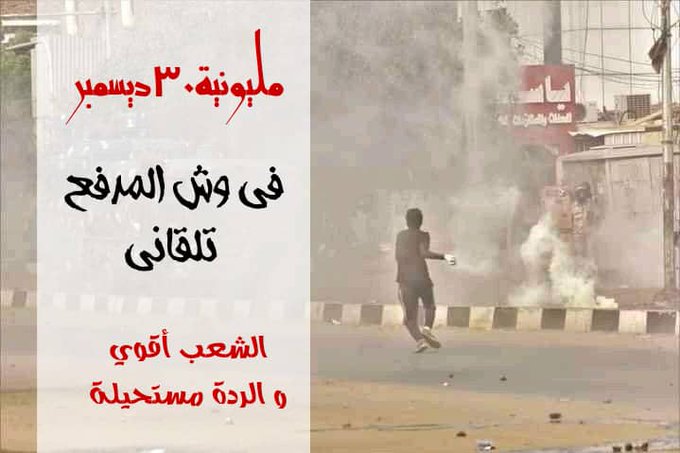 Sudan lawyer: Sovereignty Council has no right to call for elections