On Thursday, the armed movements handed framework papers for the negotiations on Darfur and the Two Areas (South Kordofan and Blue Nile state) to the South Sudanese mediation team. The government delegation has been given 72 hours to respond to the proposals.

They emphasise the role of the Darfuri stakeholders represented by the displaced and refugees, native administration leaders and other members of the civil society in establishing peace and restoring the social fabric, as well as the need to allow humanitarian organisations to return to Darfur.

Other issues concern the ending of the war, the release of all political prisoners, the restoration of justice and accountability, and the handing over of the wanted persons to the International Criminal Court, in addition to the division of power and wealth according to population density, and a balanced development based on positive discrimination for the war-affected areas.

During the three-year transitional period, Darfur should have a regional government with full powers. The return to the historical borders of Darfur, a fair division of power and distribution of wealth, farmlands, pastures, and hawakeer (lands traditionally used by tribal communities), the situation of the displaced and refugees, transitional justice, accountability and reconciliation, reconstruction and development, security arrangements, and the Darfur-Darfur dialogue are the other negotiation points.

As for the national issues to be discussed, the framework negotiation paper mentions identity, public freedoms, human rights, the separation of religion from state institutions, independence of the judiciary, universities and scientific research, and the division of power and wealth at the federal level. 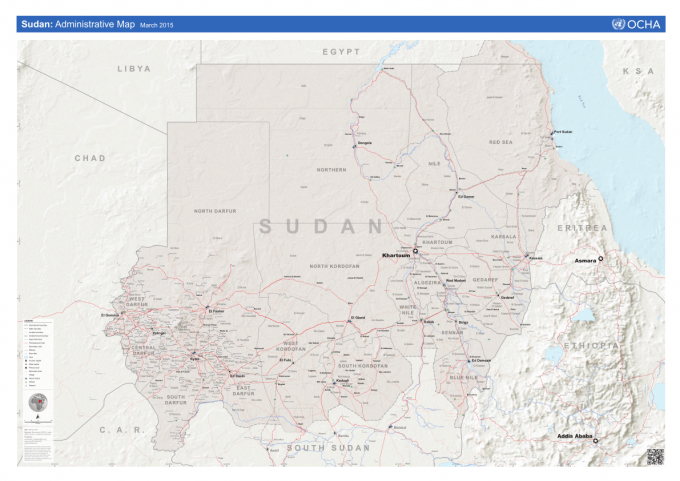 The negotiation points include autonomy and legislation specific for the two areas, the integration of rebel fighters into the Sudan Armed Forces, the establishment of a National Guard mostly composed of rebel combatants, and the identity of the Sudanese capital.

Furthermore, South Kordofan and Blue Nile state should be able to keep 80 percent of their revenues for a period of ten years. The rebel faction considers it better to negotiate the issue of secularism in a later stage, in a Constitutional Conference, “provided that a state of rights and citizenship without discrimination has been established”.

The SPLM-N Agar also officially requested the head of the South Sudanese mediation team, Tut Galuak, to mediate between them and the SPLM-N faction led by Abdelaziz El Hilu in South Kordofan for the sake of a joint coordination on the Two Areas’ negotiation process.

On Wednesday, Lt Gen Abdelfattah El Burhan, Chairman of Sudan’s Sovereign Council, met with representatives of the displaced people of Darfur at the Presidential Palace in Khartoum.

El Burhan stressed the importance of restoring the rights of the displaced Darfuris and returning them to their original villages. The displaced underlined their demand to participate in the Juba negotiations on their own behalf.

No Oppression against Women Initiative calls for ‘social peace’ in Sudan