Journalists protest in front of Sudan's Houses of Parliament (RD)

The Speaker of the Sudanese Parliament in Omdurman has snubbed a delegation from the Sudanese Journalists Union and the print runs of two newspapers were seized from the presses yesterday.

Parliamentary journalists carried out two protest vigils in front of the National Assembly in Omdurman and the Journalists Union in Khartoum because of being denied access to the Houses of Parliament to cover its activities.

Parliamentary journalist Murtada Ahmed told Radio Dabanga that the vigil in front of the Houses of Parliament lasted for half an hour, where they carried banners condemning the ban decision. 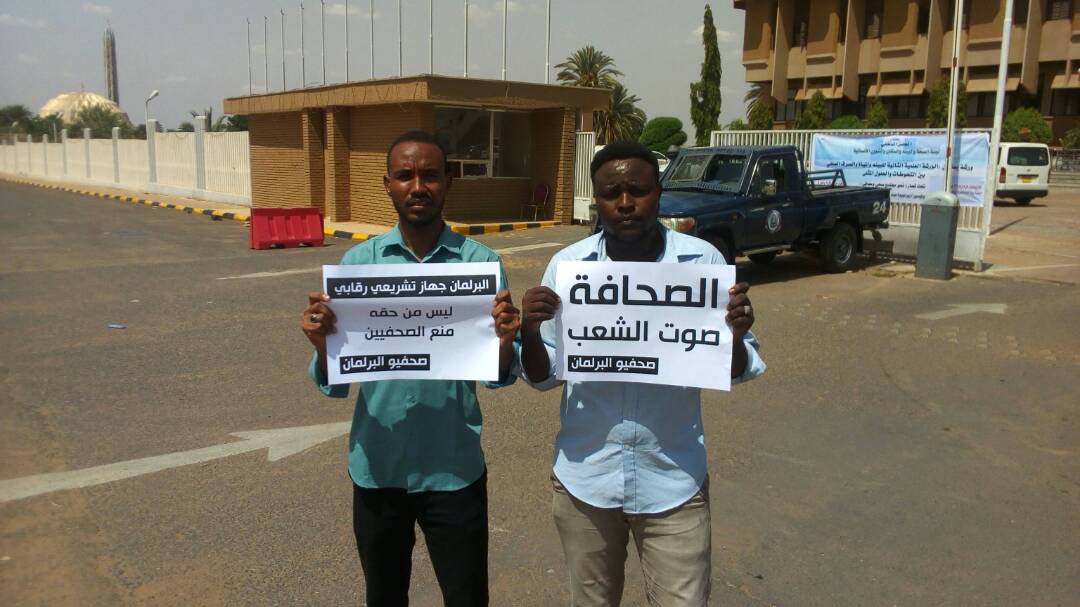 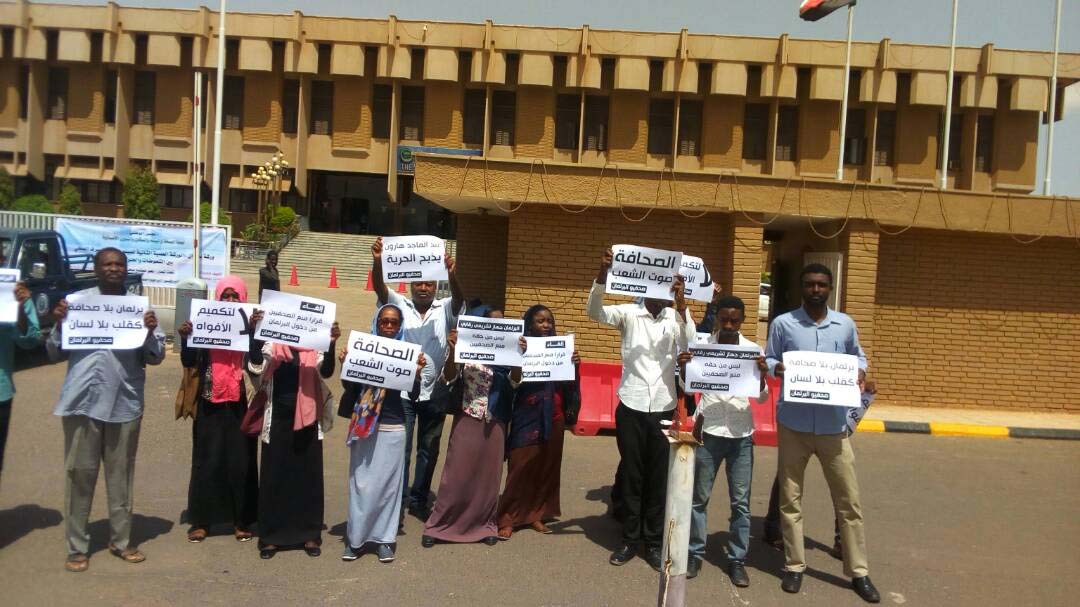 He explained that a similar vigil was carried-out in front of the Journalists Union.

He said that the Speaker of Parliament refused to receive their memorandum, so they they handed it to the reception staff.

Yesterday the security apparatus confiscated the newspapers of El Tayyar and El Watan from the printing press without any explanation.

As reported by Radiuo Dabanga yesterday, the security apparatus has blocked Sudan’s El Jareeda newspaper from reaching the distribution outlets in Khartoum and the states for one week.

As reported by Radio Dabanga last week, Sudan’s National Intelligence and Security Service (NISS) has restored prior censorship of newspapers after a five-year hiatus.

Prior censorship means that officers from the security apparatus come to the printing press once the newspaper is ready to be printed, and review and remove material they do not want to be published.

Previously, before the prior censorship was lifted, security officers would come to the newspaper's headquarters at night; prevent the publication of articles that do not agree with their policies, however, censorship has directly moved from press headquarters to printing presses.

Journalists told Radio Dabanga that the security apparatus had ordered the printing presses not to print newspapers until they are read by their affiliates.

The editor-in-chief of El Jareeda newspaper, Ashraf Abdelaziz, said that the confiscation of the newspaper by the security apparatus for three consecutive days has caused it great losses estimated at SDG 200,000 (*$7,000).

He told Radio Dabanga that the security apparatus has followed a new method of confiscation by preventing printing presses from delivering newspapers to distributors before 8 a.m., which prevents the newspaper from reaching the distribution centres in the capital and the states.

Media in Sudan are constantly subjected to attacks on press freedom. The country is ranked at the bottom of the World Press Freedom Index by the global monitoring institution Reporters Sans Frontières.

Sudan newspaper’s distribution delayed by NISS for a week

More than 80 killed in attacks on West Darfur capital