For 25 years the UN Office for the Coordination for Humanitarian Affairs (OCHA) has been mobilising and coordinating effective and principled humanitarian response in partnership with national and international actors to alleviate human suffering in disasters and emergencies.

In 1991, the UN General Assembly adopted resolution 46/182, which strengthened UN response to complex emergencies and natural disasters, while improving the overall effectiveness of humanitarian operations in the field. The resolution also created the position of Emergency Relief Coordinator (ERC).

After the resolution was adopted, the UN Secretary-General (SG) established the Department of Humanitarian Affairs (DHA) and assigned the ERC the status of UnderSecretary-General for Humanitarian Affairs. Resolution 46/182 also created the InterAgency Standing Committee (IASC), the Consolidated Appeals Process and the Central Emergency Revolving Fund as key coordination mechanisms and tools for the ERC.

In 1998, as part of the SG’s programme of reform, DHA was reorganised into OCHA and the mandate expanded to include the coordination of humanitarian response, policy development and humanitarian advocacy.

OCHA’s strength lies in the diversity of more than 2,300 staff working in over 50 country, regional and headquarter locations.

On 11 December 2016, the Commissioner General of the Humanitarian Aid Commission (HAC), Mr. Ahmed Adam, together with the Humanitarian Coordinator (HC), Ms. Marta Ruedas, travelled to the town of Golo in Jebel Marra, Central Darfur as part of a joint Government of Sudan/UN assessment mission. The mission took place from 8 to 13 December, as a follow up to the preliminary mission to Golo, which took place in August 2016.

The purpose of the joint mission was to assess the humanitarian needs in Golo. According to the UN and partners, tens of thousands of people have reportedly been displaced in Central Darfur in 2016, mostly as a result of fighting in Jebel Marra. According to the World Food Programme (WFP), more than 25,000 people have returned to Golo from surrounding villages in recent weeks. The joint team assessed the health; food security and livelihoods; nutrition; emergency shelter and household supplies; water, sanitation and hygiene; and education needs of these people.

The HAC Commissioner General and the HC held meetings with local authorities and community leaders. The HC underscored the importance of the assessment mission in supporting the provision of emergency assistance to those affected in Golo, while acknowledging that longer-term support for the self-reliance of returnees will be important for the UN and humanitarian partners to address, in support of the Government of Sudan. The HAC Commissioner General and the HC also visited a number of local projects and sites in Golo, including local schools, water and sanitation projects and Golo Hospital, to observe the needs as well as the humanitarian response currently provided by the Government of Sudan and humanitarian actors.

The HAC Commissioner General and the HC travelled by helicopter with the support of the United Nations Humanitarian Air Services (UNHAS). The HC is advocating for regular air travel to Golo which would contribute to a more consistent humanitarian presence in the area. This would also pave the way for improved humanitarian access, further assessment of needs and provision of assistance to people in and around the Golo area.

During the first eleven months of 2016, 97,481 people were newly displaced across Darfur, according to the UN and partners. Up to an additional 88,775 people were also reportedly displaced, but the UN and partners have been unable to verify these figures due to a lack of access to the relevant locations. In addition, about 38,147 people have reportedly returned, of which 25,564 (in Golo) have been verified by WFP. The vast majority of displacement in 2016 has been triggered by the conflict in the Jebel Marra area that ignited in January 2016. 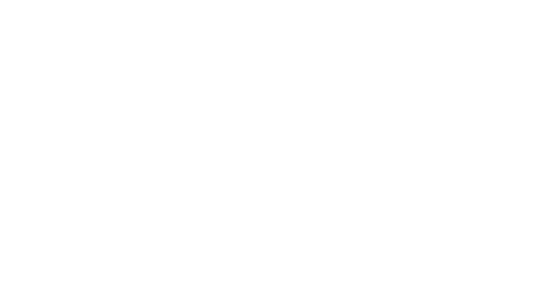 From August 2015 to November 2016, the international NGO Plan International Sudan, in collaboration with the Ministry of Social Welfare in White Nile State, provided over 103,600 refugee and host community children in the state with access to education, protection as well as water and sanitation services. These activities were carried out with donor support from the Sudan Humanitarian Fund and the German Federal Foreign Affairs Office in eight refugee camps and among surrounding host communities in El Salam and El Jebelain localities.

About 21,150 children, including 11,326 girls, were supported with various child protection activities, such as the establishment of child friendly spaces. Among these children, 177 unaccompanied and 421 separated children were identified and reunited with their families or caregivers.

For education interventions, Plan International Sudan enrolled 16,300 children (7,440 girls, 8,845 boys) for Emergency Education in camps and among the host community. Students received a complete set of textbooks, exercise books and pencils. Plan International Sudan also provided seating for classrooms in camps hosting South Sudanese refugees for use by the refugee children and children from the host community.

According to UNHCR, since mid-December 2013 about 109,000 South Sudanese refugees have arrived in refugee camps and sites in White Nile State, of whom the UN Children’s Agency (UNICEF) estimates that up to 70 per cent are children.

On 15 December, the European Commission approved a package of 11 new actions under the EU Emergency Trust Fund for Africa to improve stability and address the root causes of irregular migration and forced displacement in the Horn of Africa region.

– a project in three cross-border areas of Ethiopia, Kenya, Somalia and Sudan to address the drivers of instability and forced displacement, and to support crossborder peaceful cooperation and sustainable economic growth (€63.5 million);

– support to people in Sudan, with three projects to a) address instability and forced displacement through resilience actions to improve access to, and quality of, primary education, benefitting 90,000 children and training 2,000 teachers country-wide (€22 million); b) strengthen livelihoods in southern and eastern regions (€9 million); and c) enhance nutrition of 400,000 women and children in northeastern Sudan (€8 million).

The EU Emergency Trust Fund was launched for stability and addressing root causes of irregular migration and displaced persons in Africa at the Valletta Migration Summit in November 2015. The Fund consists of over €2.4 billion ($2.5 billion) from the EU budget and European Development Fund, combined with contributions from EU Member States and other donors.