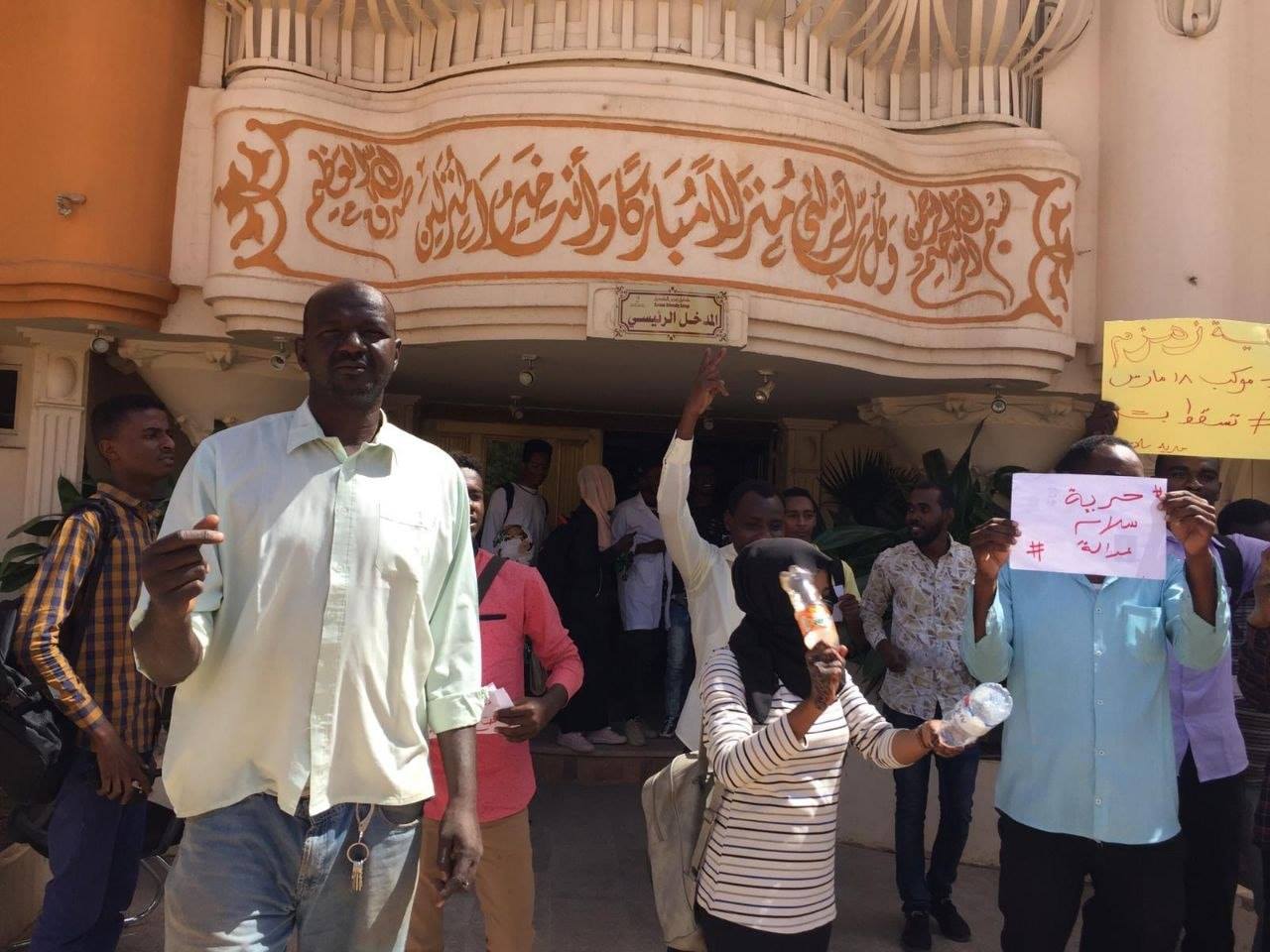 Demonstrations by students on Monday preceded the large-scale economic boycott for today that has been announced by the parties signatory to the Declaration of Freedom and Change.

Yesterday, Khartoum witnessed demonstrations by student movements, while people are preparing for a general strike of Sudanese professionals, craftsmen and workers on Tuesday. The one-day economic boycott campaign has been called for by the Sudanese Professionals Association and other parties and groups signatory to the Declaration of Freedom and Change.

The demonstrations were held at El Ahfad University for Women, East Nile College, El Madayin College and Ibn Sina College in Khartoum. The students chanted for freedom and justice.

Reports have not yet been confirmed about the number of people who were arrested by police and security service at the scene.

Yesterday, several districts in the capital also witnessed demonstrations, the largest of which were in Wad Nubawi, Beitelmal and El Morada in Omdurman, El Muasasa in Khartoum North and El Taif in Khartoum.

On Thursday, so-called Marches of Justice are planned in cities and towns throughout Sudan, with special attention for the victims of the deadly attacks in West Darfur’s El Geneina on March 13.

On March 7, hundreds of students of the National University held a vigil at the campus in southern Khartoum. Security forces attacked them with tear gas in the buildings, resulting in the fainting of a number of students.