Storms cause death and destruction in Sudan

Heavy rain and thunderstorms caused three deaths and destroyed a large number of homes in Sudan on Wednesday.

One person drowned west of Um Kedada in North Darfur after major floods caused houses to collapse. Hundreds of people in the area are now living without housing, according to residents.

In eastern Sudan, a farmer and his son reportedly drowned while crossing a creek at Um Sharaba north of El Gedaref.

In El Gezira and Northern State, Nile waters flooded farms and villages on Wednesday. In Northern State, at least 20 homes in Hazima village in Meroe locality were damaged.

The water level of El Dindir river in Sennar is rising fast according to the director of El Dindir locality. He called on the residents of the area to take measures to preserve their lives and property.

The sugar cane farms of the Sennar Sugar Factory are flooded. All the pumps at the factory stopped working three weeks ago, the factory manager reported.

On August 20, the UN Office for the Coordination of Humanitarian Affairs (OCHA) in Sudan, confirmed that humanitarian needs are rapidly increasing in Sudan, as the country faces multiple shocks, including the economic crisis, recent floods, violence and disease outbreaks.

“Violence in several parts, including recent intercommunal clashes in Port Sudan, Red Sea State, and flooding affecting over 263,000 people, are driving further displacement and increasing needs,” according to the organisation.

OCHA says that the government, led by the Government’s Humanitarian Aid Commission (HAC), and aid organisations are closely monitoring the situation and providing life-saving assistance to people affected. 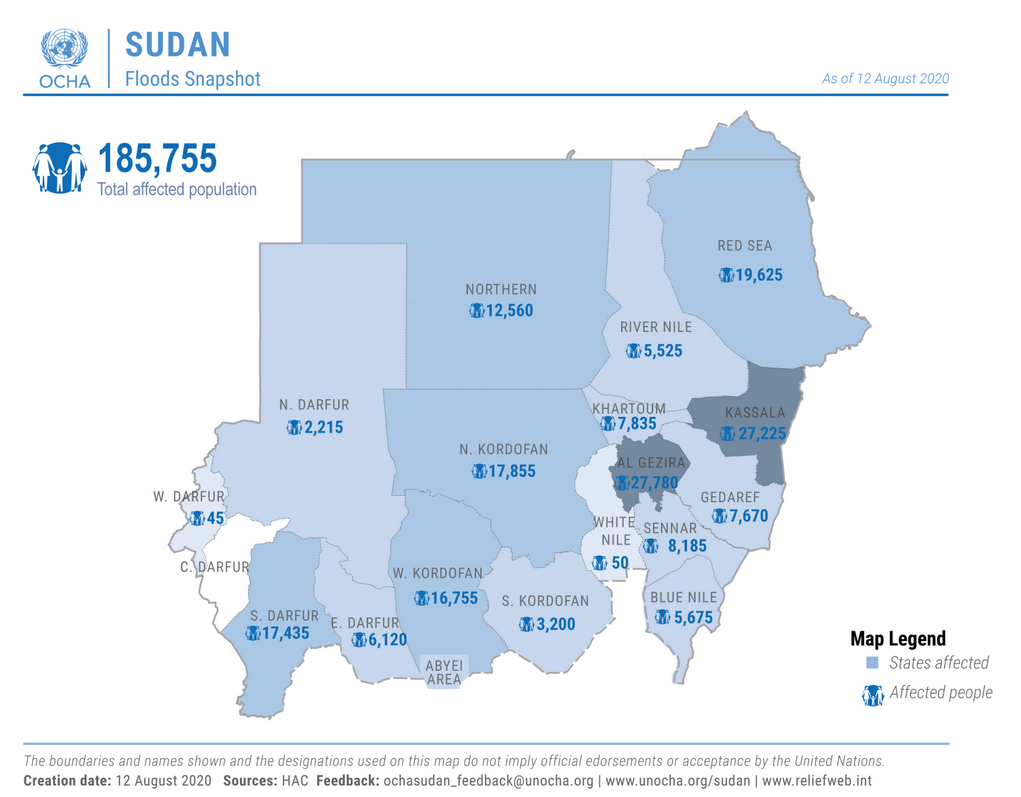