A member of the Sudan Armed Forces (SAF) shot and killed two people at the Delling University in South Kordofan and immediately committed suicide yesterday. Fellow students started protesting at the morgue and police station.

The soldier opened fire on students at Delling University at daytime. Two students, Zahra Osman Ali Tijani and Suleiman Abdelkarim Abdallah, were killed on the spot. The attacker then committed suicide by shooting himself.

Witnesses from the university told Radio Dabanga that the soldier entered the campus grounds during the day while hiding a Kalashnikov underneath his clothes.

The name of the soldier is Abdallah Idris. Any motives for his attack and suicide has remained unclear. Photos of the attack and the shooter were spread on Sudanese social media platforms. 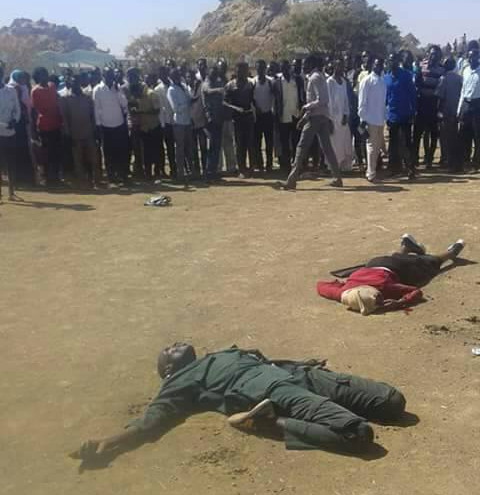 The deadly incident has sparked students of Delling University into demonstrating against the violence at the police station and the morgue where the bodies were brought the same day.