Judges march to join sit-in in Khartoum on Thursday

On Thursday, the sit-ins and marches continued in various places in Sudan in response to the call for the formation of a civil authority by the forces of the Declaration of Freedom and Change. The sit-ins continued in front of the General Command of the Sudanese army in Khartoum, as well as army units in Port Sudan, Kassala, El Gedaref, and Singa in eastern Sudan, El Obeid in North Kordofan, Dilleng and Kadugli in South Kordofan, and Wad Madani in El Gezira.

Marchers demanded the handover of power to civilians, the arrest of figures of the regime, dismantling of its institutions and militias, bringing its leaders and the lists corruption for trial. Massed sound systems across the terrain made for a festive atmosphere.

On Thursday, the main square of the sit-in in front of the General Command of the Sudanese army in Khartoum received a children’s march to the main headquarters of the sit-in. 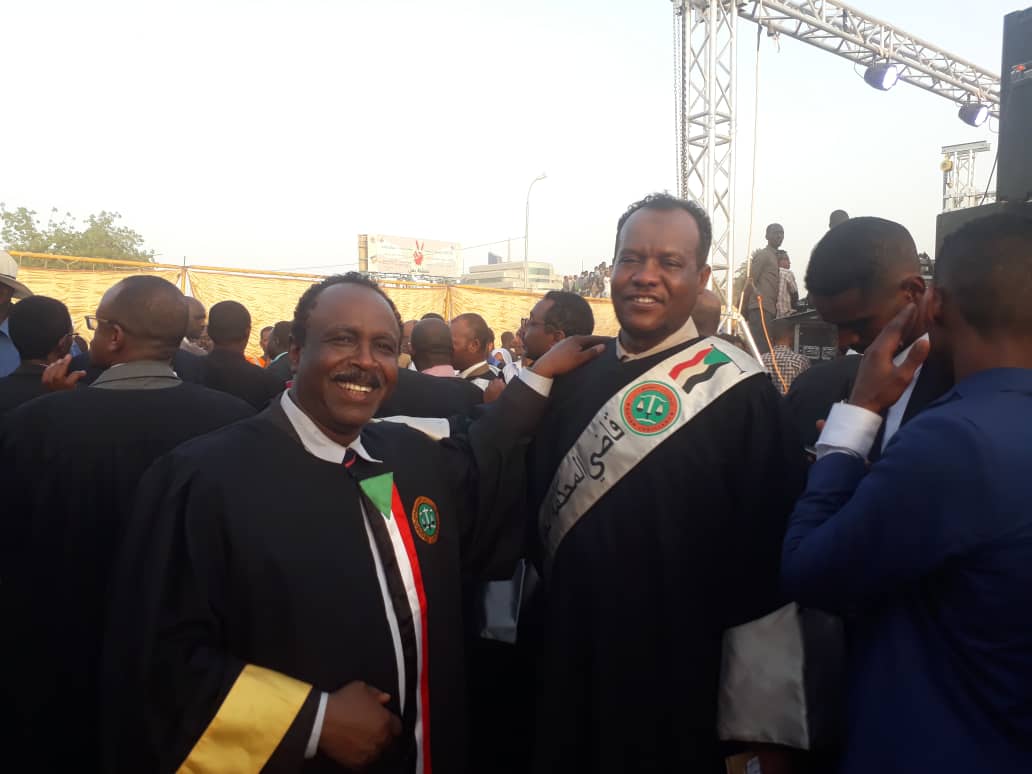 Sudanese judges in Khartoum on Thursday

The Khartoum sit-in was joined on Thursday by a group of 40 Sudanese court judges, who signed a memorandum calling for a fast transition to civilian government.

The Forces for the Declaration of Freedom and Change decided to postpone the announcement of the names of candidates for the Transitional Civil Government and its structures scheduled for Thursday evening and confirmed at the same time the continuation of the sit-in until the objectives of the revolution are realised.

Declaration of Freedom and Change

A statement issued by the forces of Declaration of Freedom and Change said that the decision was based on these developments and the agreement reached on the next steps with the Transitional Military Council.

The statement said that the forces of Declaration of Freedom and Change therefore postponed the announcement of the names of candidates for the Interim Civil Authority in order to reach a comprehensive and complete agreement with the Transitional Military Council to prepare for the announcement of all levels of the interim civilian authority.

Sudan imams call for justice, others criticised by worshippers

Sudanese in Europe demand handover of Al Bashir to ICC