On Tuesday, the government of Sudan took the “extraordinary (and yes surprising)” decision to surrender deposed Sudanese dictator Omar Al Bashir, to the International Criminal Court (ICC) in The Hague. International law expert Prof Dire Tladi examines the legal significance of the decision

On 11 February 2020, the government of Sudan took the extraordinary (and yes surprising) decision to surrender the former President, Al Bashir, to the ICC. The attention that the “Al Bashir saga” has garnered in international law over the last ten or so years is unrivalled. Scholarly articles filling reams and reams of paper, contributing to what has been termed “the wasteland of academic overproduction,” have been written on the subject – and I must confess I am one of the more culpable in this area, though after the Appeals Chamber judgment I had promised not to write ever again on the subject of Al Bashir (a promise I am now breaking).

Several court decisions by the different chambers of the ICC and domestic courts have been handed down on whether there was a duty to arrest Mr Al Bashir at the time he was head of State of Sudan – it bears mentioning that all of the decisions came to the same (wrong) conclusion that there was such a duty. Academic conferences were held, diplomatic engagements initiated, and I can go on and on. It would not be an overstatement to say that a whole industry was established around the question whether there was, under international law, a duty to arrest Al Bashir. It is thus appropriate to ponder whether the decision by the Sudanese authorities to hand him over to the ICC has had any legal significance.

The only direct legal significance of the decision by the authorities in Sudan to hand over Bashir is that it makes the question of Bashir’s immunity from the jurisdiction of third States a non-issue in legal terms – in fact, in truth, this became a non-issue already when he was deposed. In other words, the announcement that he would be handed over to the ICC, as important as it is from a political, even normative perspective, has little significance for the rules of international law on immunity. If there is any legal significance to the decision of the Sudanese government is that it buttresses a point I have tried to make at several places – namely when arguing as counsel before the ICC Pre-Trial Chamber and the Appeal Chamber and in academic contributions on this subject: respect for the immunity accorded to Al Bashir under international law does not necessarily have to mean impunity for any crimes he may have committed.

The simple argument, borne out by his ouster from power and the eventual decision of the government to surrender him to the ICC, is that there are other pathways, not involving ignoring the legal rules of immunity, to bring Al Bashir to justice. Indeed, the facts speak loudly here: the strategy of creating legal fictions and performing legal gymnastics to arrive at the scenario where Al Bashir had no immunity from the jurisdiction of third States yielded no result. Instead, it was the third pathway in paragraph 61 of the ICJ Arrest Warrant casewhich does not concern immunity at all (i.e. where the person no longer holds office) that eventually proved the deal closer: a scenario that was ridiculed because it was said Bashir would never be deposed.

Moreover, while the decision does not affect international law on immunities, it does offer an opportunity for sober reflection. One of the problems of the academic debate concerning the relationship between articles 27, 98, customary international law and UN Security Council resolutions is that it has tended to be presented as being about Al Bashir. Aspersions were cast on those of us that argued that, whatever our views of Al Bashir, international law simply did not support the jurisprudence of the ICC, and we were presented as protecting evil – in one debate, I was accused of siding with the devil  himself.

One of the defining features of the rule of law is allowing ourselves to be constrained by the acknowledged rules of law even if it meant coming to uncomfortable conclusions (p 76, line 23) – such as accepting that, under the rules of law as they stand/stood, Bashir ought to have been free to travel notwithstanding that he was accused of heinous crimes. When I have spoken on this topic, whether to my students or at conferences, I have made the politically incorrect statement that if we want Bashir so badly that we are willing to bend the rules of international law beyond recognition, then we should simply send one of those ubiquitous drones to “take him out”.

But our desire “to get Bashir” is now out of way since he will be on KLM flight to The Hague pretty soon, and I think this offers the opportunity for further (and more sober) reflection. But I do not think this further reflection should take place in academic forums and this is for two reasons: 1) we risk adding to the wasteland of overproduction; 2) the egos of academics are likely to prevent them from now changing their minds to what it would have been had there not be the devil of Bashir lurking there somewhere.

So if not in the ivory tower then where should this sober reflection take place. I think the time has now come for a united effort by States, from different perspectives, to agree to send this matter to the International Court of Justice for an advisory opinion. The immediate stakes are not so high. And everyone, not just the African Union and Sudan, has an interest. It bears mentioning that, unlike the DRC, South Africaor Jordan Pre-Trial Chamber II decisions which removed immunity in the narrow case of Security Council referrals, the Appeals Chamber judgment spreads the net very wide, essentially wiping away all immunity whenever an international court has issued an indictment. This may well be the direction in which the law should develop, but I think it would be dangerous for that evolution to be pinned solely on views of the five members of the Appeal Chamber, having heard arguments from a group of professors, two regional organisations and one State. A more comprehensive and sober reflection of the legal issues, without the distraction of Bashir, is warranted. Advisory proceedings before the International Court of Justice are warranted.

PS: for the record, and I have said so before, I do not support immunity, but I believe if it is be eroded, it should happen in an orderly fashion, following the methodology of international law.

This article, reposted here by permission of the author, was originally published on OpinioJuris.org 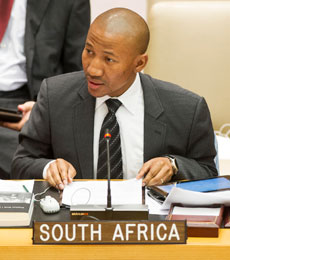