No violence reported against demonstrators in Darfur camps

Displaced in a large number of camps in Darfur were among the tens of thousands of people who took to the streets in Sudan on Saturday to protest military rule. Sudanese abroad simultaneously expressed their rejection of the military coup of October 25.

Yagoub Abdallah Furi, spokesperson for the Darfur Displaced and Refugee Camps General Coordination, told Radio Dabanga that thousands of displaced people demonstrated in “almost all camps” in the conflict-torn western region, demanding civilian rule and the return of Abdallah Hamdok as prime minister.

Furi accused the director of the security apparatus in South Darfur of preventing journalists from covering the protests in the towns and the camps in the state.

He said that the participants of the November 13 Marches of the Millions in the large Kalma camp near Nyala, capital of South Darfur, raised banners rejecting military rule.

Others called for a Sudanese-Sudanese dialogue as a way out of the current situation.

The spokesperson expressed his happiness about the absence of reports about violence used by the authorities against the displaced demonstrators.

Darfuri refugees in eastern Chad camps as well demonstrated for a civilian government.

They said that the military government of Omar Al Bashir (1989-2019), of which the current military leaders were part of is to be held responsible for genocide, ethnic cleansing, and crimes against humanity.

“The continuation of a military regime in Sudan means that we cannot return to our places of origin in Darfur,” they stated.

Sudanese in many other countries simultaneously expressed their rejection of the military coup of October 25 and the putschists’ announcement of a restructured Sovereignty Council on Thursday. 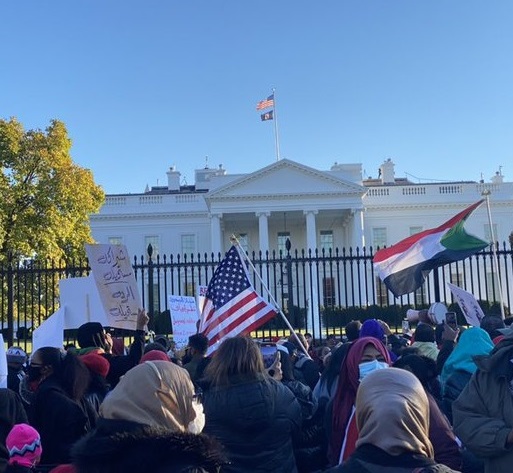 After Rajaa Nikola was reinstated as member of the Sovereignty Council, it was announced that she represented the Coptic community in Sudan. Several Sudanese Copts however, immediately denied the statement during the protests and on social media. 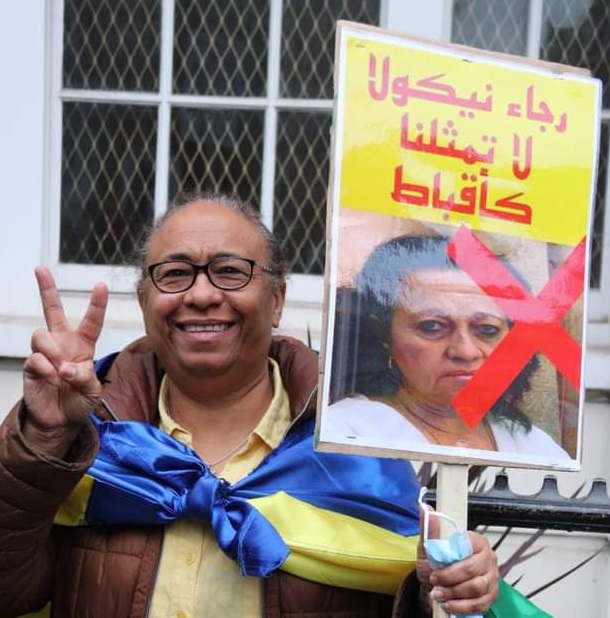 Tens of thousands of Sudanese again demonstrate against military rule