Sudan's President Omar Al Bashir as he appears on the cover of a new Enough Project report entitled 'With Friends Like These: Strong Benchmarks for Next Phase of US-Sudan Relations'

A report published today by the Enough Project highlights serious concerns including links to extremists and terrorists, abuses against Christians and other religious minorities, and regional destabilisation. The report comes as Sudan seeks further normalisation of relations with the USA, including seeking removal from the list of State Sponsors of Terrorism.

The report, With Friends Like These: Strong Benchmarks for Next Phase of US-Sudan Relations, warns that as the Sudan government continues a charm offensive aimed at US policymakers, serious concerns linger about Sudan’s true commitment to the fight against international terrorism.

The Enough Project is an anti-atrocity policy group that supports peace and an end to mass atrocities in Africa’s deadliest conflict zones. The new report highlights the Sudanese regime’s disruptive and erratic foreign policy including recent overtures to and military agreements with Russia, its continued role as a regional destabiliser, and its ongoing repression of its people and persecution of minority religious groups, including the demolition of churches.

Dr Suliman Baldo, report author and Senior Policy Advisor at the Enough Project, said: “The Sudanese regime maintains alliances and policy stances that threaten US interests, US allies, and security in multiple regions across Africa and the Middle East. Khartoum’s positions and allies raise concerning questions about its interests and reliability as a counterterrorism partner for the USA and its allies. US policymakers should seriously consider the potential threats and consequences of a softened US stance with a regime that claims to fight terrorism while empowering extremist groups, including religious extremists that advocate for deadly international terrorist groups from within Sudan.”

John Prendergast, Founding Director at the Enough Project, said: “Now is not the time to make concessions to a regime that is finally having to reckon with its brutality against its own people and the consequences of its mismanagement and outright theft of Sudan’s rich resources to the benefit of its insiders and their cronies.”

The report recommends a series of incentives, pressures, and benchmarks that the compilers suggest could contribute to a more constructive process if the USA persists in laying out a path to normalisation with Sudan. 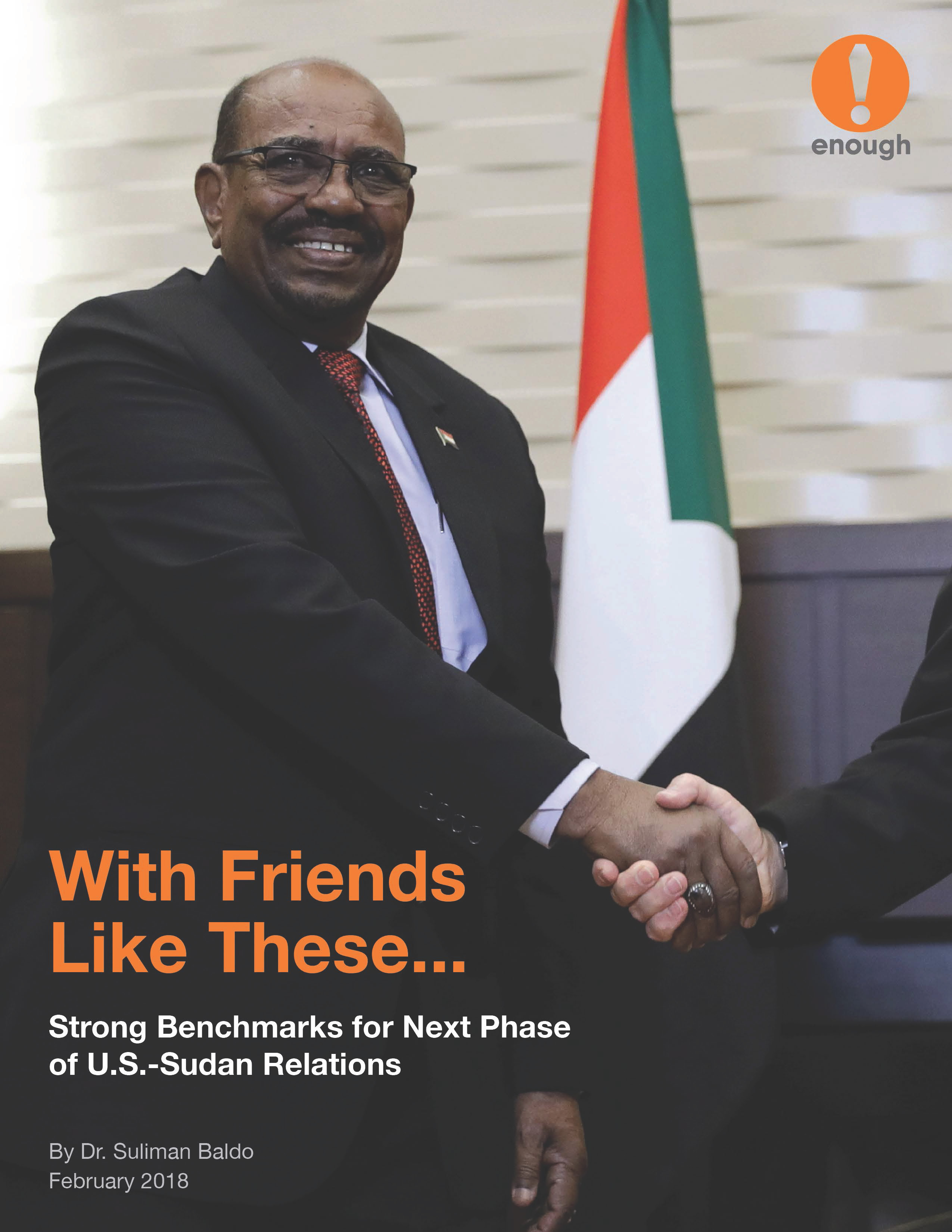 Op-ed: ‘Wrong time for US to remove Sudan from the terrorism list’

17 organisations and four individuals sign open letter to UN on detentions, use of excessive force in Sudan

US ‘deeply concerned’ by arrests and detentions in Sudan