The National Umma Party (NUP) rejects the general strike called by the Alliance for Freedom and Change (AFC) that is scheduled for Tuesday and Wednesday. According to a statement that the party issued on Sunday, the NUP is not against general strikes in principle, but decided that the timing is not right at this moment.

The NUP says that it wants to set up a Leadership Council within the AFC, which should decide about these kind of actions. The AFC, in which NUP takes part, called for the general strike.

Holding free general elections will only be possible when preconditions that ensure the integrity of the process are met, the NUP statement said. Mechanisms installed by the ousted Al Bashir regime must be dismantled so they can’t disrupt the elections.

The NUP called for discipline on both the military and the protesters and hoped that they could agree on a code of honour. The statement confirms that the historic sit-in before the army command in Khartoum reflects, in the eyes of the NUP, the popular revolution and the youthful and feminine enthusiasm that represents the return of hope. 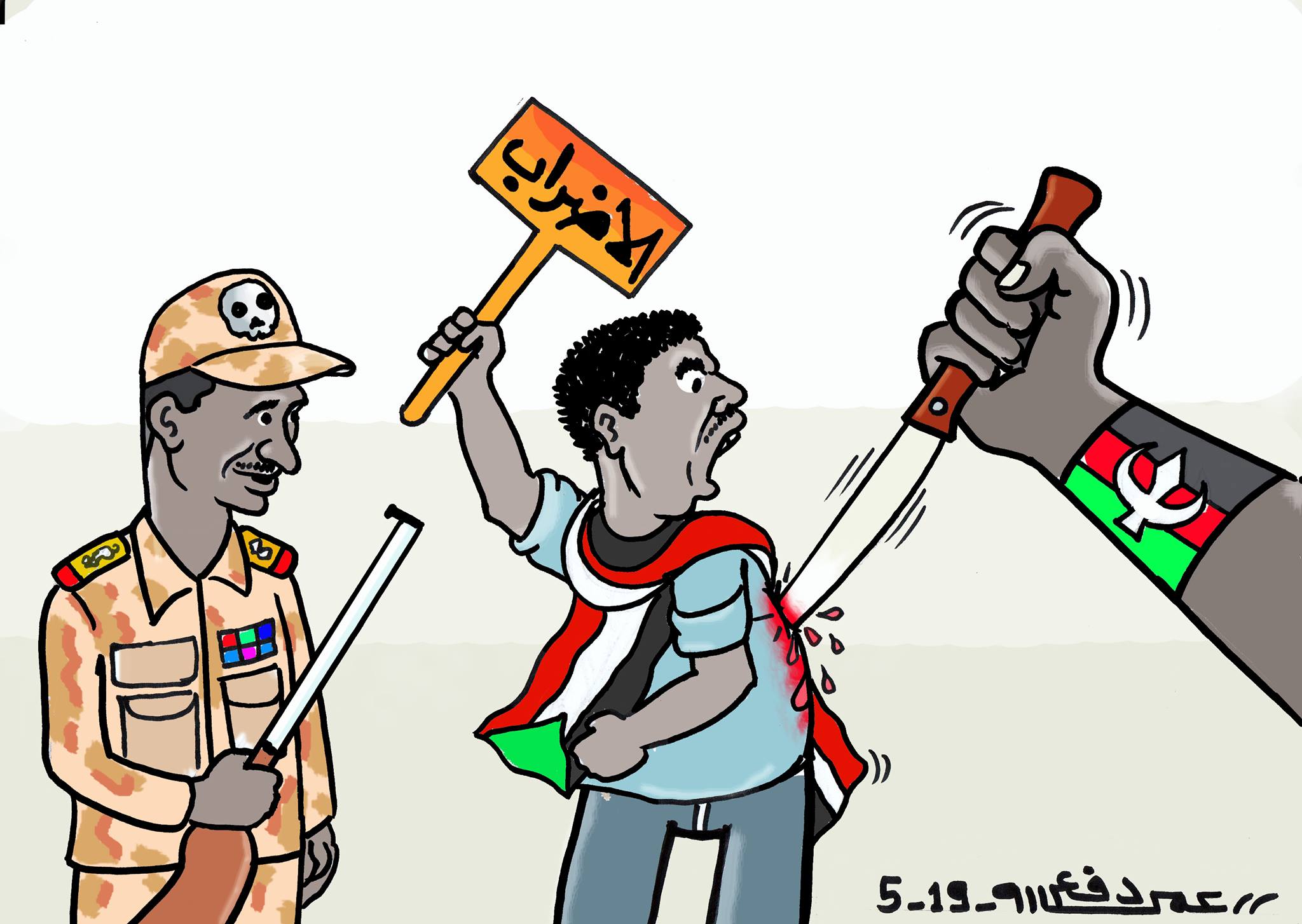 The sign reads 'Strike!". The hand holding the knife has the symbol of the NUP (Cartoon: Omar Defalah / RD)

The NUP statement also stressed that unity in the AFC is crucial, that initiatives that are not agreed upon should be avoided, and that it must be ensured that no forces that opposed the ousted regime are excluded. It says that the NUP will continue to consult with its allies within the AFC.

Regarding the general strike that the NUP deems inappropriate at this moment: The statement does say that the government has no right to dismiss workers that will go on strike.

Finally, the NUP denounced the unfreezing of the trade unions, that it sees as mechanisms of control of the Al Bashir regime. It calls for an independent, free and democratic trade union movement.