More cracks in the ground by West Kordofan rainfall

Heavy rainfall and floods have caused another surface crack in West Kordofan on Wednesday, days after a similar incident took place in the region. This time, the land slide caused damage to houses.

The crack appeared in El Fula, in El Salam district, on Wednesday night. 88 millimeters of rain had fallen that day. Several houses on top of where the ground split in two, have been damaged.

A similar incident took place in El Kalaeit village in West Kordofan on Friday, where landslides resulted in a crack measuring about 10 kilometres and varying from 5 tot 15 metres deep.

Witnesses told Radio Dabanga that residents of El Salam district, Block 1 and 2, were caught by surprise by the appearance of new cracks in the ground on Thursday morning. Many people fear more surface cracks to appear during the rainy season.

On Wednesday, a flood of El Gash River caused severe damage to dozens of houses near the river banks in the southern district of El Sawaqi. Residents told Radio Dabanga that most of the houses had been built out of local materials like mud and hay, which were quickly swept away in the flood.

Affected residents have had to carry their belongings to the homes of neighbours and relatives. 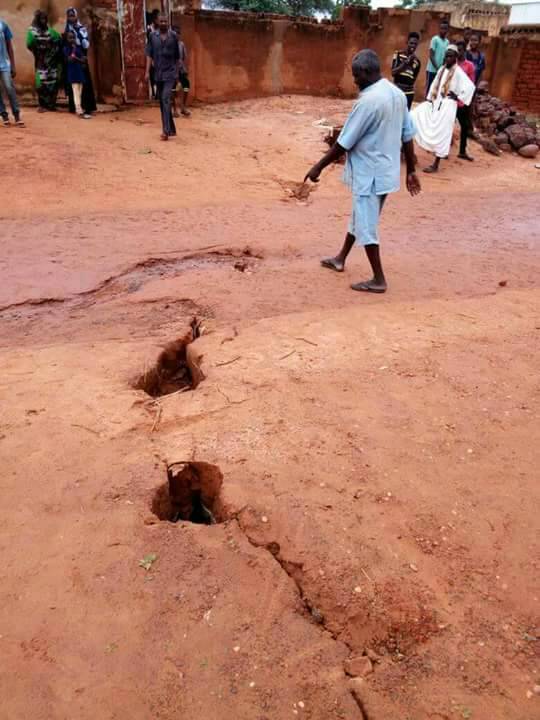 West Kordofanis stunned by large ‘crack in the ground’