Skip to main content
Toggle navigation
Independent news from the heart of Sudan
Watch live
Home > All news > Makers of Dabanga: The story of Ibrahim Jadelkarim

Makers of Dabanga: The story of Ibrahim Jadelkarim

A number of experienced journalists make the daily news broadcasts of Radio Dabanga possible. Today we are asking editor and program maker Ibrahim Jadelkarim why he had to leave Sudan and why Radio Dabanga is close to his heart.

“I grew up in Delling in the Nuba mountains, it is a beautiful place on the border of the Savannah. Most people there make their living from agriculture,” the always cheerful Ibrahim Jadelkarim starts his story after taking a seat in the Dabanga recording studio.

“I left to study theatre at the University of Khartoum because I like writing. From an early study stage I was skilled in writing stories, about what is happening to me. I would always be picked out to read them aloud at school. They say that when you study theatre you know something about philosophy, music, dance, and about literature of course.

“While I was studying, the military coup happened in Sudan. I finished my studies a year later, in 1990, but I could not earn my living in something as frivolous as theatre. My only opportunities were working as a TV director, in radio, or something similar. At that time there was only one TV and radio broadcasting station and that was owned by the Sudanese state.

“I chose to work in the private media sector because I refused, in principle, to be in the service of the regime. I had been arrested three times in Sudan for no reason. The police didn’t detain me for a long time but for me, it was an indication that my human rights and basic freedoms could be taken away. So I fled my country to Ethiopia, where I stayed for three and a half years. In 1997 I came to the Netherlands with a UN resettlement program.

Dabanga is a very little radio station, with a big footprint 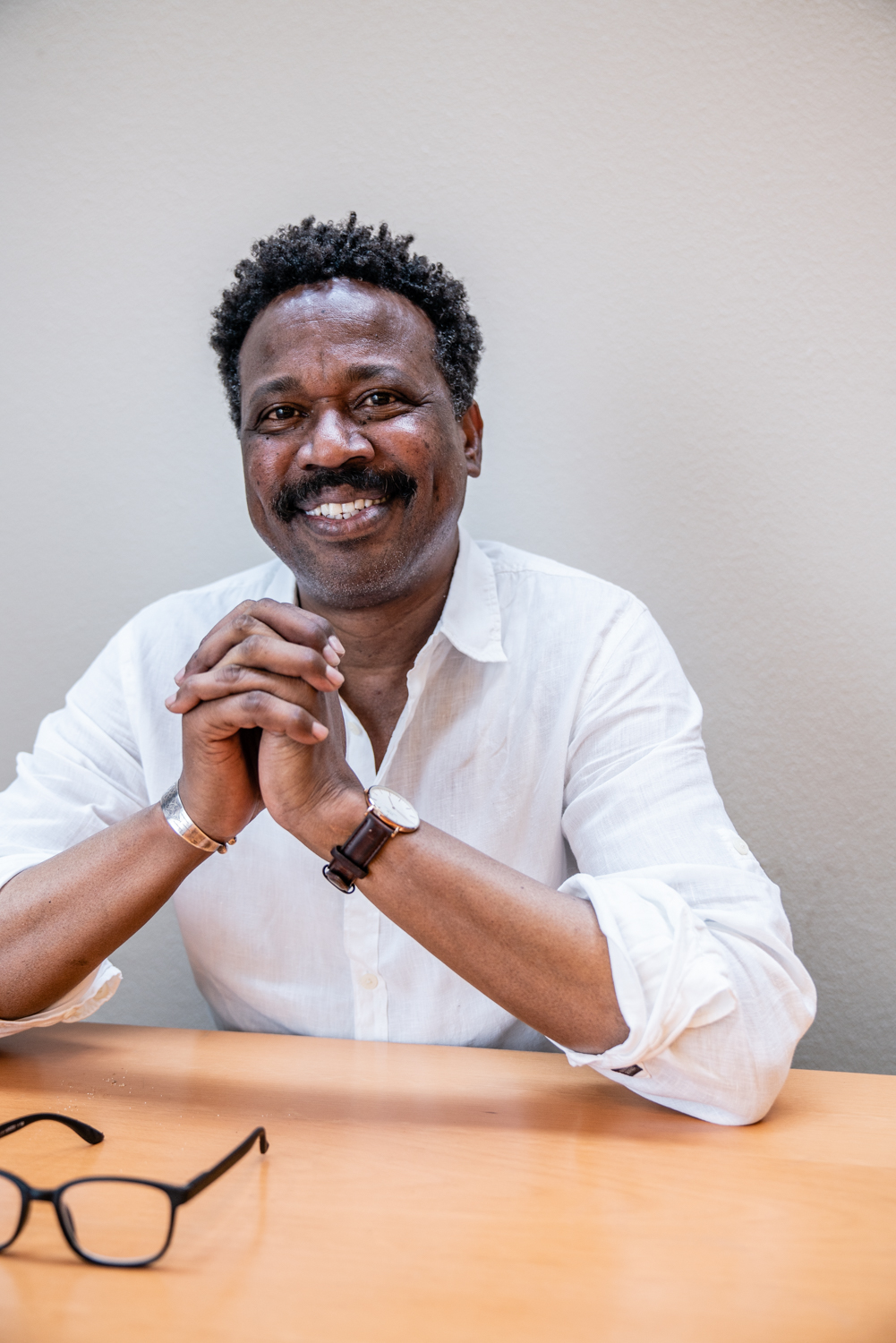 “The mission of Radio Dabanga is to tell people about what is happening in Sudan. For some people our radio makes the difference between life and death. We have said this more than once in this campaign: that it is essential for people in the conflict areas to know what is the reliable news. They don’t get the news from the state or from any other organisation; in this way, Radio Dabanga is exceptional.

“Moreover, we want to tell the world about what is happening in Sudan. The world is used to the fact that people are killed, raped, and so on. After a while, people don’t see it as strange anymore. That is very painful, so we must continue to report on violations.

“We believe in Radio Dabanga and we believe that people can support us in telling the truth to the world about atrocities and human rights violations in Sudan.”

Did you know Ibrahim starred in the video about our current #supportDabanga crowdfunding campaign?

Share Ibrahim's story online or sponsor a day of broadcast time for Radio Dabanga on GoGetFunding, and keep his dream alive. Thank you for your support!

Campaign round-up: Did we keep it on air?

9 things you didn't know about Sudan

Radio Programme Highlight: ‘We empowered people to claim their rights’

Makers of Dabanga: The story of Klaas van Dijken