The representative of UNHCR in Sudan, Noriko Yoshida, welcomed the visitors in Khartoum and said: “We are grateful for the interest of such a big donor delegation to see first-hand the situation of refugees, asylum-seekers and Sudanese host communities. We really count on their generous support in order to meet the enormous needs of the vulnerable people who continue to seek refuge in Sudan.”

The donors had the opportunity to meet senior Sudanese officials in Khartoum and East Sudan, including the Minister of Interior, Dr Hamid Manan, the Commissioner of Refugees, Hamad El-Gizouli, the Acting Governor and Minister of Finance of Kassala State, Mutasim Mohamed Abakar, as well as other concerned authorities. The Sudanese officials outlined Sudan’s efforts to respond to the needs of refugees arriving in the country, as well as the endeavours to protect refugees from trafficking and smuggling of persons. 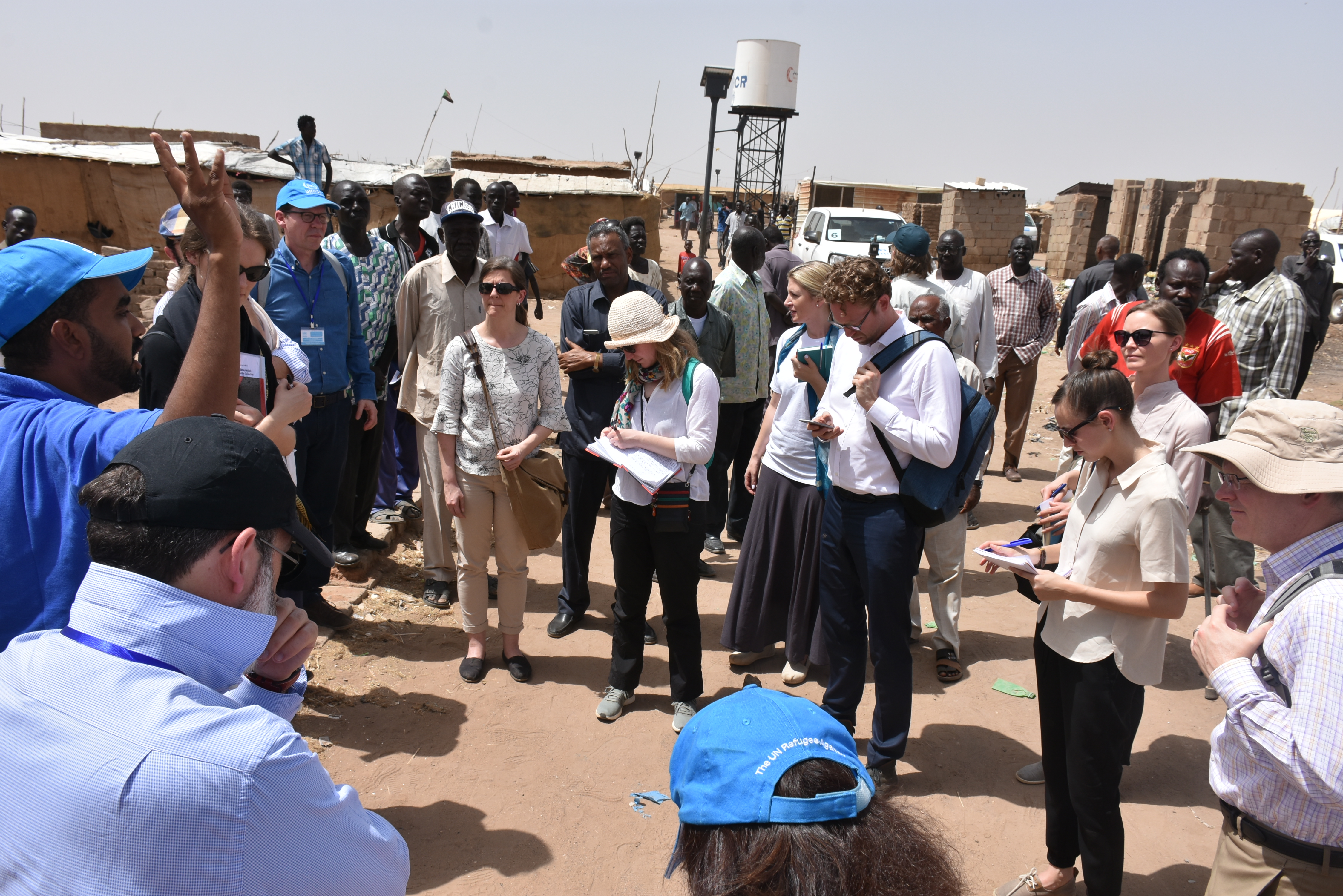 In eastern Sudan, the donors visited Shagarab refugee camps and Gergef reception centre on the border with Eritrea, and were able to speak with both newly-arriving asylum-seekers and refugees hosted in Sudan for decades, as well as with children hosted in the centre for unaccompanied children.

“I would like to thank UNHCR and the Sudanese Commissioner for Refugees for organizing such important and successful visits to Shgarab camps, Gergef reception center at the Sudanese Eritrean boarders as well as to Bantiue area in Khartoum in order to look at the needs of the refugees. Sudan really deserves recognition and support from the international community for continuing to receive refugees despite its hard circumstances,” said the Ambassador of Qatar to Sudan, Rashid Bin Abdul Rahman Al Nuiami, on behalf of the members of the high-level delegation
.