On Tuesday, a delegation from the United Kingdom led by the British Minister of State for Africa, Harriett Baldwin, visited North Darfur and held talks with the state government in El Fasher. They also visited Abu Shouk camp for the displaced.

The British official said that the purpose of the visit is to see the overall security and humanitarian situation in the state, in addition to coordination with the state government in facilitating the provision of assistance and services to the returnees to their villages of origin, as well as building strong partnership between the Sudanese government and the United Kingdom in all aspects.

The stated aim of her visit to Darfur was “to emphasise the UK's calls for an end to ongoing conflict in the area”.

Baldwin visited Abu Shouk camp for displaced people to see how UK aid is assisting at a humanitarian level in partnership with the World Food Programme (see video below). 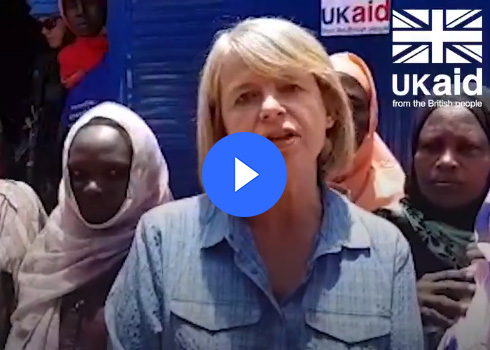 The acting governor of North Darfur, Mohamed Braima Hasabelnabi, said during his meeting with the British delegation that the state is witnessing a great stability in the security and humanitarian situation thanks to the efforts of the various state organs in the state.

He explained that the state has recovered from all negative phenomena, which contributed positively to the regularity of the voluntary return of displaced persons and refugees to their villages of origin.

He announced the government’s plan to deal with the aftermath of war, support community reconciliation and reconstruction of the war-damaged areas in the next phase, in addition to the provision of basic services for returnees in voluntary return areas and planning of camps to integrate those willing to stay in the communities.