Skip to main content
Toggle navigation
Independent news from the heart of Sudan
Watch live
Home > All news > General: Sudan junta ‘has no desire to govern’

General: Sudan junta ‘has no desire to govern’

The chairman of the Political Committee of Sudan’s Transitional Military Council (TMC), Lt Gen Shamseldin Kabbashi, said in a press statement on Monday that “the TMC has worked towards the success of the revolution with the Alliance for Freedom and Change (AFC) as an authentic partner in the negotiation processes which has witnessed multiple positions,” however he lamented the “slow pace of negotiations”.

Gen Kabbashi stressed the cohesion of the TMC and its “position for the security and safety of the Sudan, without the desire to govern”.

He pointed out that “due to the acute position the country is in, and some of the threats, the TMC represents the armed forces and other regular forces and is the main guarantor of the stability of the country.

He said that “negotiations with the AFC are proceeding at a slow pace” and that “the continuation of this situation may lead to various consequences that influence the interest of the Sudanese citizen and Sudan”. Kabbashi did not elaborate.

Last week, negotiations between the TMC and AFC continued, but failed to reach an agreement on the Sovereign Council with focus on the presidency of the Council and the proportion of participants from each party.

Each party demands a majority of representation on the council, and both the civilian and military negotiators demand the right to appoint the Chair. The option of a ‘rotating chair’ proposed by the AFC on Sunday was not accepted by the junta.

In a joint press conference at the TMC Media Centre, the parties acknowledged that the main point of contention remains the proportion of representation and chairmanship of the Sovereign Council between civilians and the military. 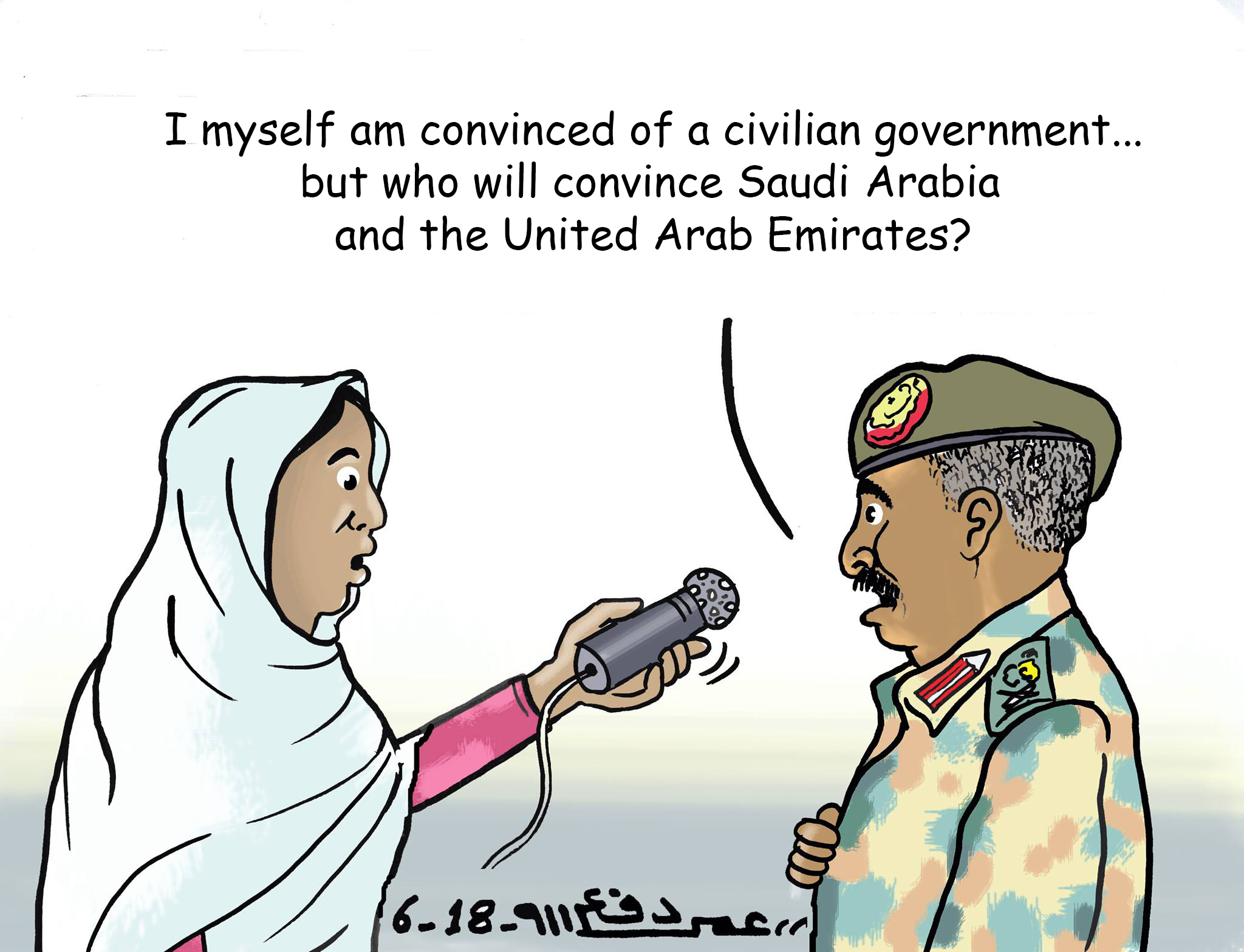 As reported previously by Radio Dabanga, the international ‘Sudan Troika’ of the UK, USA, and Norway, as well as the African Union (AU), have issued statements urging the negotiating teams of Sudan’s ruling Transitional Military Council (TMC) and the opposition Alliance for Freedom and Change (AFC) to prioritise reaching a speedy agreement on a transfer to civilian government.

In an official communiqué on June 30, the African Union Peace and Security Council (PSC) granted the TMC, a ‘final extension’ of two months, to hand over power to a transitional civilian government, or face suspension. This extended a previous 15-day deadline stipulated by the PSC on 15 April.