Striking employees in the lobby of the Central Bank of Sudan (Picture: Social media)

Paramilitaries of the Rapid Support Forces (RSF) and other regular forces stormed the offices of the electricity company in the well-heeled El Riyad district in eastern Khartoum on Tuesday and detained 10 striking employees before releasing them later after their colleagues threatened with cutting off the electricity supply.

In a statement on Tuesday, the Sudanese Professionals Association (SPA) in the electricity sector pointed to the RSF forcing staff at some Khartoum offices to sell electricity to RSF troops at gunpoint. The company’s manager also addressed a meeting of members of the old trade union of which the suspension was cancelled recently, rejecting the workers strike, because it caused complete paralysis in the electricity department.

In the Central Bank of Sudan, the strike led to a complete suspension of financial transactions, which resulted in the regular forces’ closure of the bank gate, the detention of employees and trying to force them to hand them their salaries.

Witnesses said that regular forces imposed a tight siege on the premises of the Khartoum branch of the Bank of Sudan of and the electronic banking company. When they did not succeed, the troops forcibly took the money boxes to the regular forces’ units, beating a number of employees and smashing their mobile phones.

The bank staff refused to resume work despite the threat. 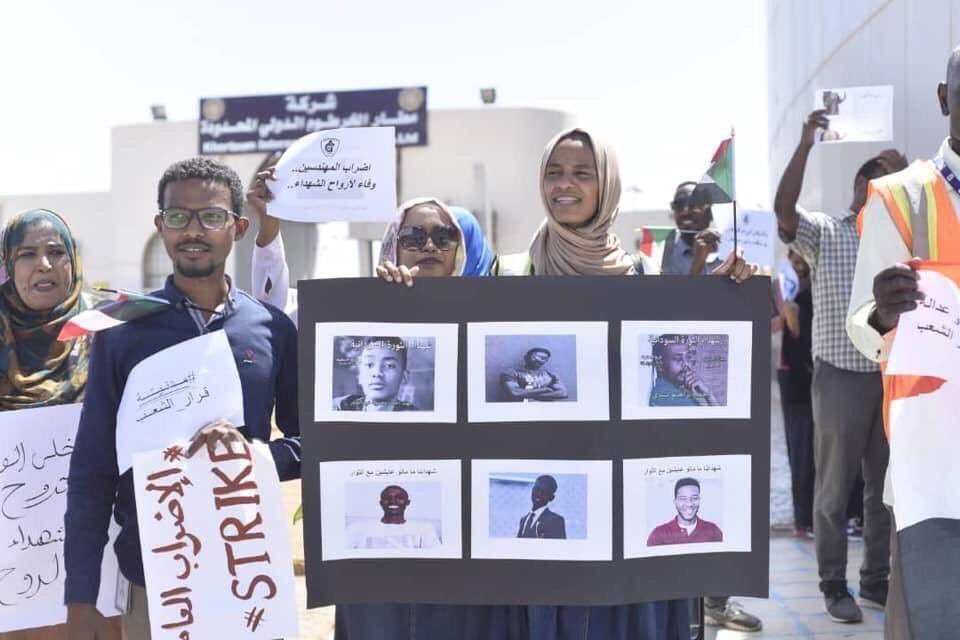 In Jebel Awlia locality in southern Khartoum, members of the RSF fired at the workers of El Bashayer fuel pumping station to force them to break the strike and seriously wounded two of them who were taken to the Emergency Hospital in Jebel Awlia.