Ambassador Jean-Michel Dumond, Head of Delegation of the European Union to Sudan (EU)

Sudan has become a pilot country for the European Union (EU) regarding the operationalisation of the humanitarian-development nexus. Darfur is one of EU’s target regions for this, EU Ambassador Jean-Michel Dumond said in his speech at the review conference of the Darfur Internal Dialogue and Consultation (DIDC) in Khartoum today.

The results of the second stage of the DIDC were made public in the presence of Sudan’s Second vice-President Hasabo Abdelrahman, key national partners, and representatives of the international community.

As the EU is a strong partner for the Darfur Development Strategy (DDS) and the Doha Document for Peace in Darfur (DDPD). the head of the EU Delegation to Sudan reflected on the achievements of the DIDC process, that has been supported by the EU with a contribution of EUR 800,000.

“In accordance with our commitments to the DDS and the DDPD, the EU is eager to see a change in our involvement in the region from one focusing primarily on vital humanitarian assistance to longer term sustainable development,” Dumond stated in his speech published by the EU today.

“There are some tough and hard nuts still to crack in Darfur – this is beyond doubt.”

“For the EU it is vital that return or local integration of the displaced people, are carried out on a voluntary, informed and dignified basis, and in a conducive environment. An impartial, credible and participatory intention survey has to be conducted.

“There are some tough and hard nuts still to crack in Darfur – this is beyond doubt,” said the ambassador. “The EU believes that these issues can and must be tackled - through dialogue, consultation, outreach and compromise. [..] Hence, our very strong request and proposal to make sure that the outputs and the results of these locality-level consultations are heard, and become part of the wider and higher political peace talks on Darfur.”

He pointed to the EU’s commitment to sustainable development and peace in Darfur. “Indeed, the EU is convinced that we cannot have one without the other. We support all efforts aiming at a sustainable cessation of hostilities on the basis of the road map defined by the African Union High Implementation Panel.

“The current portfolio of the EU and EU Member States support to Darfur is significant. Today, the total engagement from EU institutions for peace and development in Darfur is circa EUR 35 million. Our support is aligned with the Darfur Development Strategy. The EU focuses on peacebuilding, rural development, management of natural resources, as well as health and education.

“The EU also reaches out to support Sudanese Civil Society Organisations. A major challenge for all EU actors and our partners is the issue of access. We have seen some positive developments in this regard in 2017. However, as recalled recently by the European Commissioner for Humanitarian Assistance, Christos Stylianides, when he visited Sudan last week on 22 and 23 October, unhampered access is critical for our efforts to reach and support the vulnerable populations in Sudan; and in Darfur in particular.”

The ambassador further stressed EU’s strong support of a continued presence of the joint UN-AU peacekeeping Mission (Unamid) in Darfur. “The EU is keen to see the mandate of Unamid fulfilled; especially as regards a political agreement, and the protection of civilians. We need to see progress in these areas in order to proceed with an exit strategy discussion.”

“The EU focuses on peacebuilding, rural development, management of natural resources, as well as health and education.”

Sudan is “a pilot country for the EU as regards operationalising the humanitarian-development nexus,” the ambassador confirmed. “However, conditions for what many see as a transition, although this can be discussed, are yet to be met. There is still a need for humanitarian assistance as new refugees have been arriving and are in dire need.”

“The climate change is a reality,” Dumond continued. “Demographic pressure is there. If the right to return is to be respected, we also know that many of the displaced people will not return to their villages. That is why we are considering new programmes focusing on the creation of job opportunities for the displaced people in urban dwellings around the big cities in Darfur.”

The EU ambassador referred as well to migration, “an important element of our engagement with the Government of Sudan (GoS).

“There are considerable flows of cross border migrants emanating from or passing through Darfur. The EU is seeking to work with the GoS on this issue, in particular with the Sudanese Migration Coordination Mechanism, which is yet to be fully constituted. This work will be carried out in full respect of International Conventions and Human Rights, and in accordance with the robust EU accountability mechanisms.

“Our support, as is the case for all our work in Sudan, will be channelled via relevant UN organisations, EU Member State Agencies and Non-Government Organisations in close coordination with the Sudanese government, Dumond concluded his speech. 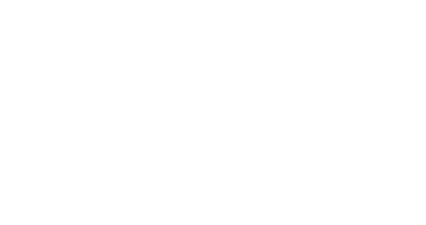 Between January 2015 and October 2017, a total of 77 Community Outreach and Public Awareness initiatives and 67 Locality-level consultations took place across the Darfur region.

The DIDC, facilitated by the African Union, Unamid, Qatar, and supported by the UNDP and the EU, is one of the critical components of the Doha Peace Agreement (DDPD) and remains a corner stone in soliciting the opinions of Darfur grass root communities, the UN Development Programme (UNDP) in Sudan stated in a press statement today.

“Acknowledging the Darfur-wide internal dialogue and consultations, the DIDC’s significance stems from its impact in promoting inter-tribal and inter-communal peace, reconciliation and harmonious co-existence in the states of Darfur by addressing key issues such as resource-based tribal clashes through an inclusive and continuous multi-stakeholder engagement,” the statement reads.

'Owned by all Darfuris'

According to Siddig Adam, Chairman of the DIDC Implementation Committee, the dialogue process is owned by all Darfuris who contributed and participated in the consultations. “It has brought Darfuris’ concerns forward but this still the beginning and there is still more to accomplish.”

UN Resident Coordinator and UNDP Resident Representative Marta Ruedas hailed the collaboration between various stakeholders supporting the DIDC process, “In this platform, I want to appeal to all stakeholders and partners working in Darfur to connect to the voice of people of Darfur. I understand that the challenges are immense, but together we can overcome these obstacles,” she said.

“It [the DIDC] has brought Darfuris’ concerns forward but this still the beginning and there is still more to accomplish.”

AU Deputy Ambassador Wuyi Omitoogun reaffirmed the AU’s commitment to supporting the ongoing process. Unamid Joint Special Representative Jeremiah Kingsley Mamabolo further underscored the importance of this process for the sustainability of peace in Darfur in line with the DDPD, “We remain committed to the facilitation of humanitarian access and the protection of civilians in addition to supporting all mediation efforts in Darfur,” he said.

According to Vice-President Abdelrahman “The Darfuri-Darfuri dialogue is the main pillar for achieving peace and economic recovery in Darfur. This dialogue presents a better alternative to communities. Instead of bearing arms, voices and concerns of individuals are being heard.

“I am very pleased with what has been achieved so far but this is only the beginning. We need to ensure that these needs and demands voiced here today are being implemented and we remain committed to achieve that goal.”

The next stage of the consultative process involves consultations with the Darfuri living abroad, with refugees and displaced people, followed by state and regional level deliberations.

Envoys of Norway and Britain hold talks in Khartoum on Sudan, Abyei

UNDP: Darfur Internal Dialogue and Consultation Conference to be held in Khartoum