An independent MP of El Fashaga constituency in El Gedaref state said that 45 Sudanese have been killed as a result of assaults by militias from Ethiopia these months. “Attacks, killings, abductions for ransoms, and the expulsion of farmers from their lands continue.”

Mid-November, MP Mubarak El Nur reported that the number of dead at the hands of Ethiopian militiamen reached 30, and that 20 people were abducted in the border area in eastern Sudan. The militiamen who attack the Sudanese farmers are organised and supported by bodies in Ethiopia he did not mention. 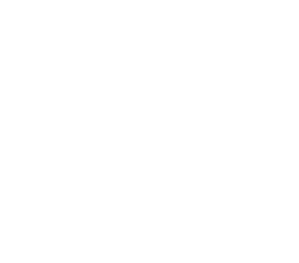 The independent MP denied a statement by the Popular Defence Forces El Gedaref town last week, in which they claimed to have expelled Ethiopian militiamen from Sudan, and to restore the about 100,000 acres of farmland that were occupied by Ethiopians to their Sudanese owners. “The Ethiopian militias are still controlling more than two million acres of land while the government is in a deep sleep.”

He warned that the fate of El Fashaga area might become such as that of Halayeb, an area of disputed sovereignty between Egypt and Sudan where Egypt has seized control since 1995.

Residents of the locality earlier criticised the Sudanese government for failing to complete the demarcation of the border with Ethiopia. On Thursday evening, an Ethiopian delegation arrived in Blue Nile state, to discuss issues of mutual concern between border states at the 17th Session of the Conference on the Development of the Border Relations between Sudan and Ethiopia, in Blue Nile State. Among them are delegates of the border states including Gedaref, Kassala, and Sennar, and the Ethiopian regions of Bani-Shangol, Tigre, and Amhara, the official Sudan News reported.

Last week, human trafficking gangs kidnapped two young men and a girl from Red Sea State, and demanded their families to pay SDG60,000 ($9,800) ransom for their release. One of the kidnapped was released after his family came up with SDG20,000 ($3,255) for the gang. “They had held them somewhere south of Tokar area,” a family member explained.

A police official has attributed the increase in the activities of human trafficking gangs in eastern Sudan to complicity of police officers and security apparatus officials with the gangs, by receiving bribes in exchange for facilitating their movements and operations. The kidnapping and trafficking of refugees and Sudanese in the eastern parts of the country increased significantly this year.

Sudan, Ethiopia border ‘to be finalised this year’