Three villagers were wounded during clashes between government forces and rebel combatants in South Darfur’s East Jebel Marra on Friday.

A relative of one of the victims told Radio Dabanga that Ishag Idris, Daoud Haroun, and Hussein Hamid were injured when they were caught in an exchange of fire between members of the Sudan Liberation Movement, led by Abdelwahid El Nur (SLM-AW), and government troops on Friday evening.

“They were hit by bullets in the area of Jawa, 15 km south of Deribat,” he said. “Luckily, they could be transferred to Rabkona, west of Jawa, for treatment.”

Since the start of the war in Darfur in 2003, the area of Jawa has been one of the strongholds of the SLM-AW, that had its base in Jebel Marra itself.

In 2016, more than 80,000 people were displaced by a major military offensive by the Sudanese government against the holdout rebels in the mountainous region of the Jebel Marra.

According to the spokesman for the paramilitary Rapid Support Forces, Sudan's main militia, in February 2017, Darfur became “free of armed movements, suspects, and outlaws, except for a small group [part of the SLM-AW] stationed at the top of Jebel Marra”. In April that year, after a relative calm for months, the Sudanese air force resumed bombing Jawa because of reported movement of rebel fighters in the area. 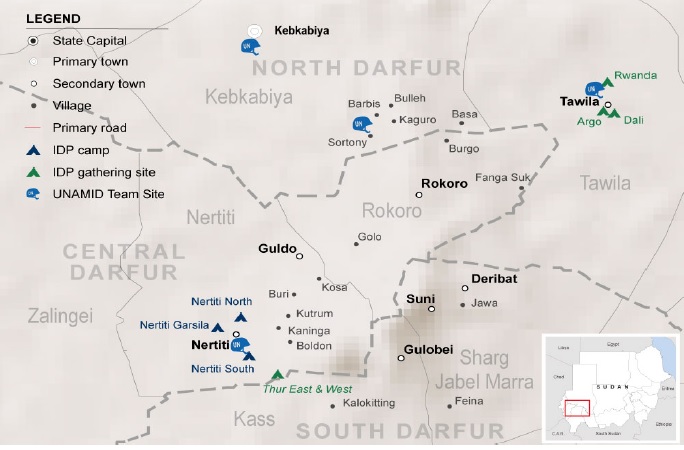