Political parties, forces, and civil society organisations have independently condemned the suspension of the Dabanga Sudan satellite programme by Egyptian satellite service company Nilesat on February 18, after Khartoum made a complaint about the news channel to the Egyptian authorities.

Yesterday the Sudanese Congress Party expressed in a statement concern at the response of the management of the Egyptian satellite and government to “one of the regime’s tools in confronting and suppressing the masses by harassing the independent professional media after setting legal, security and economic restrictions on the media issued from inside the country”.

On February 18, the Egyptian satellite service company Nilesat shut-down the uplink of the 24/7 Dabanga Sudan satellite programme to its channel on Eutelsat – a satellite service at the same position. The suspension took place without prior notice to Radio Dabanga or its service management system, so the channel went dark until a new frequency at Eutelsat allowed transmission to resume the next day at 1pm.

The change required Dabanga Sudan viewers to re-tune their satellite receivers to the new frequency. Online viewers can also stream the channel live via the link in the masthead of this page.

In an interview with Radio Dabanga, Mastour Ahmed Mohamed, the interim secretary-general of the Sudanese Congress Party, described Radio Dabanga as “an important and credible news and media station providing great services in disseminating the right news and information and exposing the regime's crimes and policies”.He said that Radio Dabanga has not created this status from a vacuum, but through its professionalism, diversity and independence of its sources and giving the opportunity to the marginalised and oppressed to make their voices heard alongside the political forces and civil society organisations of Sudan.

The Communist Party of Sudan said that the main reason behind the suspension of Radio Dabanga via the Egyptian satellite NileSat is the result of “cooperation between the security services in Sudan and Egypt which is a desperate attempt to silence this free democratic voice by the enemies of truth and the cowards who fear their people, whether in Sudan or Egypt”.

Fathi Fadul, the spokesman for the Communist Party, said that the use of repression and cooperation to silence popular voices is a declaration of the bankruptcy of these regimes and their deep administrations, which fully reflects that security cooperation of this type is a challenge to the rights to preserve the gains of dictatorial regimes.

He described Radio Dabanga as a progressive radio in disseminating the right news, establishing positive dialogue and helping unite the Sudanese opposition forces on all sides.

‘Radio Dabanga is the voice of the popular masses’ 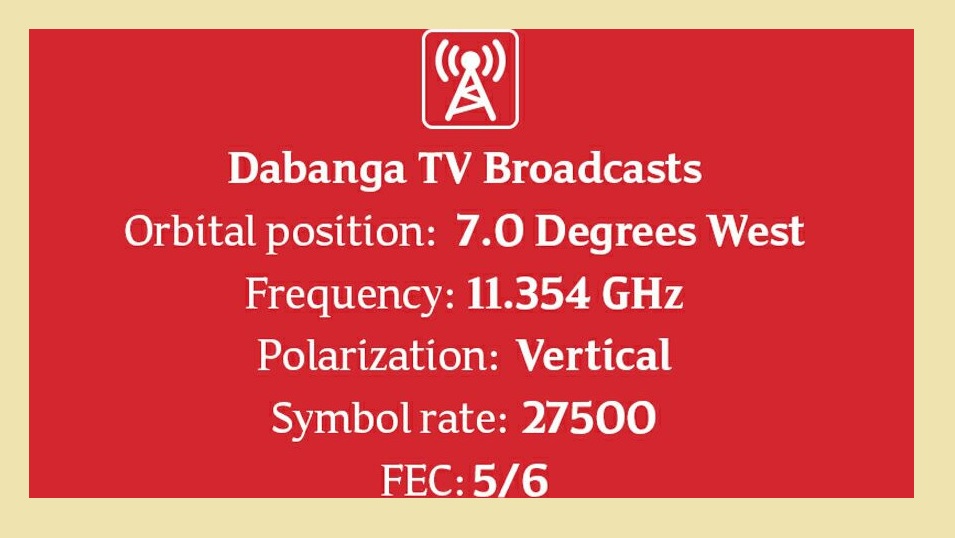 He stressed that Radio Dabanga is the voice of the popular masses and the carrier of the fact that the repression in the region wants to silence.

Fadul declared the solidarity of the Communist Party with Radio Dabanga and the party's readiness to stand with it in any battle to uphold the banners of truth and disseminating the right news, conducting a fruitful democratic dialogue and covering the suffering and the struggle of our people against dictatorship.

Minister Bilal Osman recently accused Radio Dabanga of “incitement” and “causing instability in Sudan”, in an interview with daily newspaper El Mijhar. “Frankly, we have an agreement as Ministers of Information that any channel that broadcasts calls for incitement against any Arab country on Arabsat or Nilesat should be dealt with.”

“As a result of our request, our Egyptian brothers responded to us in this framework,” Bilal Osman said.

The Sudanese Journalist Network for Human Rights (JAHR) said that the shut-down at the instigation of the Sudanese Ministry of Information “was an expression of its non-acceptance of other opinions and independent voices”.

JAHR coordinator, journalist Faisal El Bagir, told Radio Dabanga yesterday that what Minister Bila said has disclosed the full security and media agenda of the media Ministers against other voices that differ from their opinion, “especially if this voice expresses the ‘voice of the voiceless people in Sudan."