A child receives an oral cholera vaccine dose in Juba, the capital of South Sudan (Medair)

The first cases of cholera have appeared in a South Sudanese refugee camp and a village in East Darfur, as five people reportedly died and more than 100 were infected.

Sheikhs in Kario camp for South Sudanese refugees, 35 km south of Ed Daein, reported the deaths of three refugees from cholera. 61 people have been infected.

“Measures are being taken to address the spread of cholera in Kario,” a health worker in the camp told Radio Dabanga. “Sixteen cases of cholera were recorded in the camp yesterday.”

Two people died and seventy others were infected in Khazan Jadeed in Shearia locality. Health workers counted the killed and infected people on Saturday, a health worker reported from the northern locality. “Health authorities arrived in the area and have started to take action.”

Within a week, the first reports of the spread of cholera in North Darfur have been accompanied by reports of infections in South Darfur (Kalma camp) and East Darfur.

Since the start of the outbreak of cholera in eastern and south-eastern Sudanese states, the World Health Organization (WHO) and the Sudanese Ministry of Health did not refer to cholera, but the less severe tern of “acute watery diarrhoea (AWD)”. WHO has not replied to Radio Dabanga's repeated requests to comment on the spread of the disease.

People reported that a child died at Nyala Teaching Hospital on Monday, and said that the hospital received ten new patients with cholera so far.

One of the medical attendants told Radio Dabanga that the hospital administration evacuated the women's ward at the hospital in order to receive more patients, but other medical and health sources at the state health ministry have not confirmed this information to Radio Dabanga.

Sheikhs in Kalma camp for displaced people said that the health centre in Block 6 received four new patients, from Blocks 2, 5 and 8 since yesterday.

In Otash camp in Nyala locality, a sheikh reported that four displaced people were infected with cholera – two of whom were transferred to the World Vision health centre and two others to Nyala Teaching Hospital. Sources within the Ministry of Information have not confirmed this information.

A committee of security agents went to Farshaya in South Kordofan on Monday, to close the water wells and curb the cholera outbreak. An informed source told Radio Dabanga that the decision to close the wells was rejected by the villagers because the single water engine left is not enough to provide drinking water to the area, and this might lead to friction between residents.

The committee therefore decided to distribute large water skins to fill with water, the source said. Villagers demanded a radical solution of cholera awareness; spraying houses and provision of medical aids, among others.

In total, the number of infections in Farshaya so far ran-up to 207 people and 21 deaths in the local health centre. 13 to 20 cholera patients remain outside of the centre and 11 patients receive treatment indoors.

“The health centre does not have a general doctor and there is one medical assistant,” the source said.

Meanwhile in Delling, new cases reported to the hospital stopped at two or three people. The authorities have prohibited the sale of vegetables and meat for a period of time.

More infections emerged in the western part of El Obeid, the capital of North Kordofan, which prompted health authorities to transform El Sayed El Makki school into a quarantined section.

People in the area expressed fears that this may lead to a spread of infections among students at the start of the school year. Some considered extending the holiday period because of the outbreak, a listener reported to this station.

Elbanjadeed Hospital in the densely populated El Haj Yousif district in Khartoum North received six new cases of cholera on Monday, after receiving 14 new cases over the weekend. The total number of cholera patients is 15.

The UN Office for the Coordination of Humanitarian Affairs (OCHA) in Sudan reported in its latest bulletin that the federal Ministry of Health and WHO are working together to contain the spread of cholera - called “acute watery diarrhoea” by the Sudanese authorities. 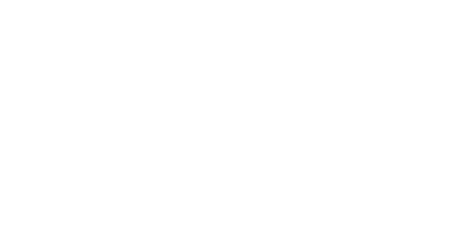 ‘Khartoum should keep schools closed because of cholera’: NCF