On Tuesday, the displaced people of Hamidiya and Khamsa Dagayeg camps near Zalingei, capital of Central Darfur, went out in a mass demonstration

On Tuesday, the displaced people of Hamidiya and Khamsa Dagayeg camps near Zalingei, capital of Central Darfur, went out in a mass demonstration demanding the overthrow of the regime and step-down of Al Bashir from the rule the country.

El Shafee Abdallah of the leadership of the camps for displaced in Central Darfur, told Radio Dabanga that the demonstrators met in front of the headquarters of the African Union-United Nations Mission in Darfur in Zalingei at 8 am yesterday. They handed Unamid commanders a memorandum that the displaced are in a state of continuous demonstration in solidarity with the uprising of the Sudanese people until the regime is overthrown. 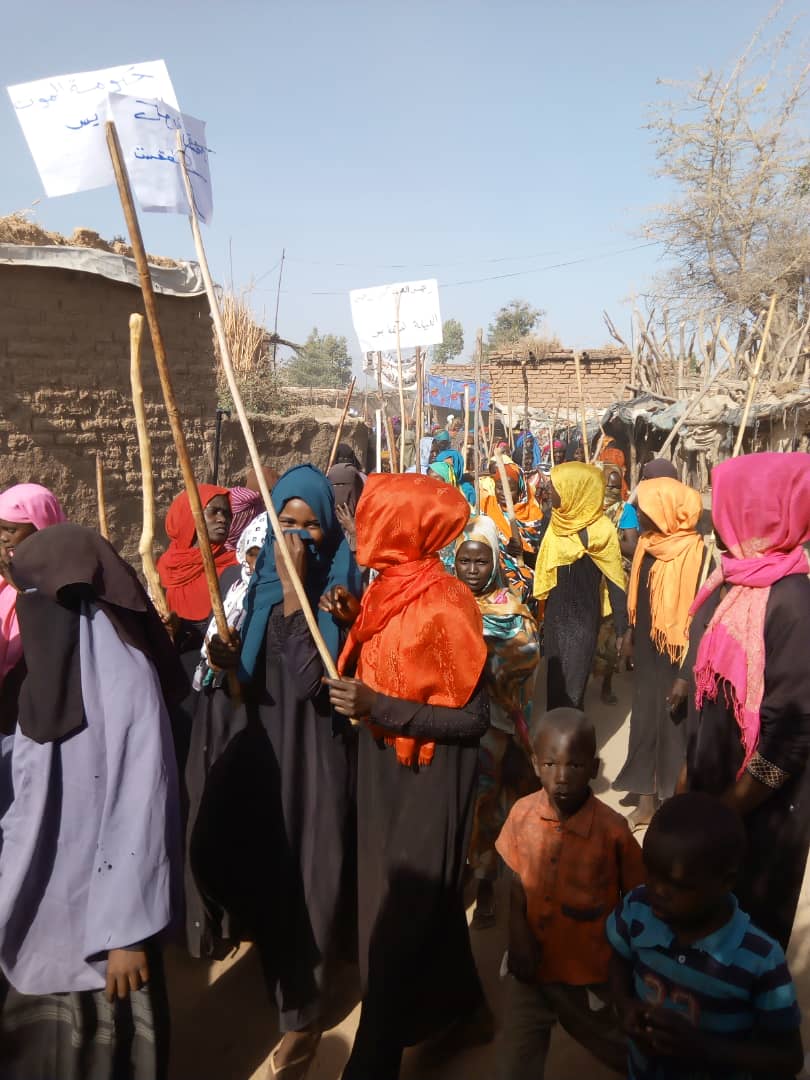 Protest march in Zalingei on Tuesday 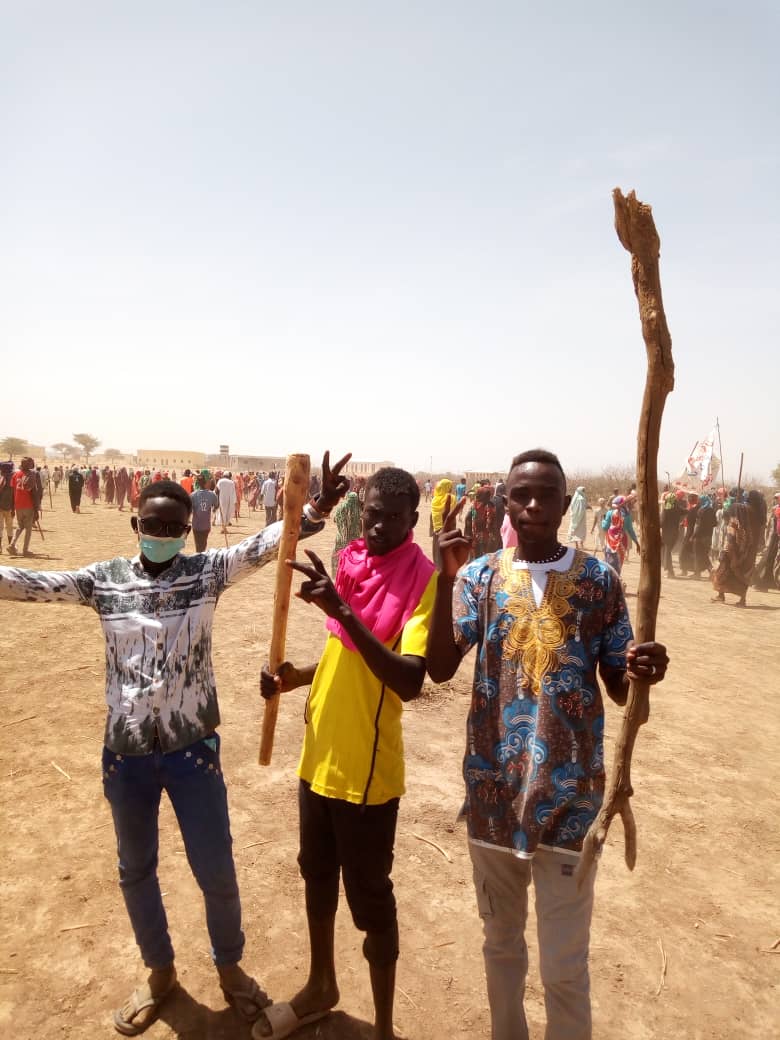 The security apparatus of Kabkabiya in North Darfur arrested six students on Saturday April 6, the day of the biggest march to the headquarters of army units in Khartoum and the states, and took them to its office.

An activist told Radio Dabanga that the six students were severely beaten and tortured by security forces before being transferred to an Emergency Court and sentenced to six months’ imprisonment.

He pointed out that so far, no one has provided an appeal against the six convicts, and appealed to lawyers and lawyers to intervene to appeal the verdict.

On Tuesday, the students of El Salam University in West Kordofan demonstrated and called for the overthrow of the regime.

A number of students told Radio Dabanga from El Fula that the security forces intervened using tear gas, sticks and plastic wires to disperse the demonstration, arrested 15 students and transferred them to the emergency court in El Fula.

On Sunday, the security forces arrested 23 students from El Rumi Bakri campus at Dongola University in Northern State, against the backdrop of the students’ refusal of the university administration’s decision to resume the study.

A student told Radio Dabanga that the Emergency Court of Dongola sentenced three students to six months’ imprisonment and a fine of SDG 3,000 each, 10 of them acquitted, while the other 10 were brought to the emergency court on Tuesday.

On Tuesday, the doctors in East Darfur went into a strike in protest against the arrest of doctor Mohamed El Hadi Eisa, who works as a doctor in El Fardows locality and moved him to the offices of the security headquarters in the state capital of Ed Daein.