The strike is supported at all levels of society by all age groups. This Sudanese girl holds a placard: 'I'm not going to buy sweets, I'm on strike' (Picture: Social media)

Sudanese professionals, airport, office and factory workers, medical personnel, and civil servants have responded in huge numbers across all sectors and states of Sudan, to the call for a general strike yesterday and today by the Alliance for Freedom and Change (AFC), calling for an immediate transfer of power by the Transitional Military Council (TMC) to civilian-led interim government.

As the strike enters its second day, organisers are hailing it as an unprecedented success. Yesterday, the general strike involved all the professional sectors by nearly 100 per cent in government and private institutions, including all vital sectors such as Khartoum Airport, the Port Sudan ports, land ports, electricity and water companies, banks, hospitals, judicial institutions, telecommunications companies, and other private sector companies.

The strike led to the suspension of flights from Egypt to Sudan, while a number of airlines cancelled s their domestic flights and a number of handling companies at the airport stopped operations, this in addition to the stop of overland transport from Khartoum to the states. 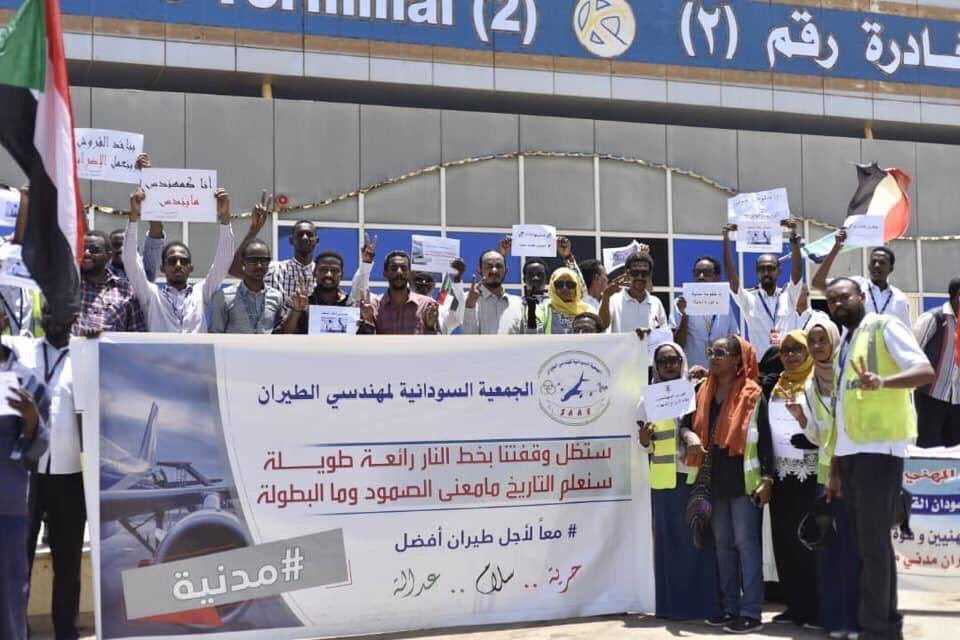 Electricity workers stopped all sales and all transactions, and the handling of ports in Port Sudan was stopped completely. Teachers suspended correcting the Sudanese Certificate (secondary school) exams out of commitment to the strike.

In Blue Nile state, many employees and workers in the ministries, government institutions and private sector companies responded to the declared strike. The list of the strike included the Ministry of Culture and Social Welfare in addition to the employees in different localities of the state, doctors, lawyers and private sector companies such as electricity, telecommunications, pharmacies, clinics, banks and lawyers. In South Kordofan, the strike included the Delling branches of the Bank of Khartoum and the Agricultural Bank as well as the medical staff of the Obstetrics and Gynaecology Hospital and Ministries and professional sectors in Kadugli.

Wide sectors in the states of El Gezira and Sennar in the ministries, the electricity company, the Water Authority, banks, hospitals, pharmacies and private sector companies responded to the declared strike.

The strikes were accompanied by protests vigils in a number of ministries and government and private facilities.

People in Sennar held protest vigils in front of the Ministry of Information and the electricity company. 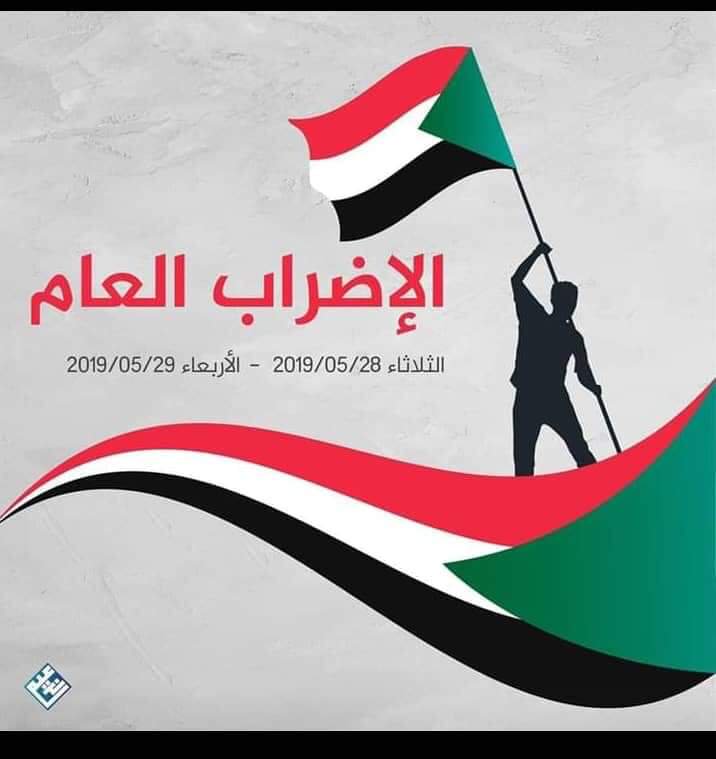 In North Kordofan, the strikes in El Obeid included all the banks, except Omdurman Bank, all the telecommunications companies except Sudatel, as well as all the ministries, legal institutions and some shops.

In West Darfur, truck and machinery drivers of the Ministry of Infrastructure responded to the strike, along with employees at the Bank of Khartoum, the Bank of Sudan, the Sudanese Company for distribution of electricity in El Geneina. Nyala doctors, El Fasher and veterinarians in El Geneina also carried out protest vigils in line with the strike.

In eastern Sudan, the handling of ports in Port Sudan was halted in commitment to the strike. Operations only continued at the smaller Red Sea port of Suakin for the transport of Haj pilgrims to Mecca. 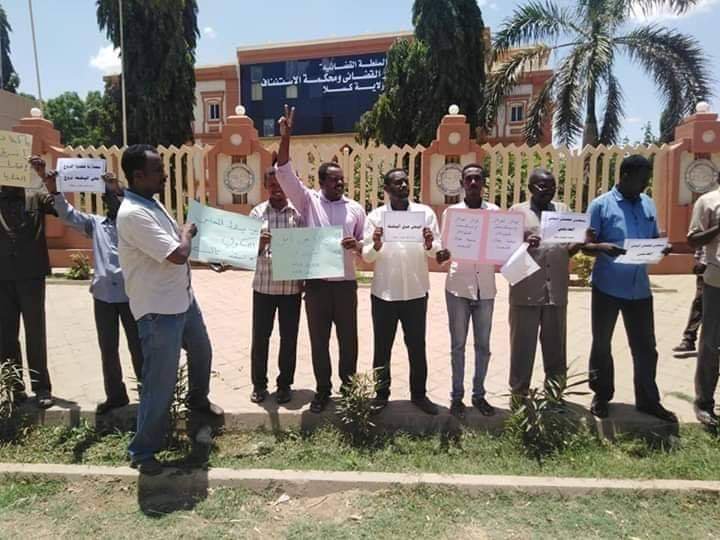 Lawyers and journalists carried out two separate protest vigils before the court and the Ministry of Education.

The staff of DAL company in Port Sudan held a similar protest vigil in support of the strike.

In Kassala, large sectors of the society committed themselves to strike, such as doctors, teachers and bank employees and most of the pharmacies were closed, and the workers of Kassala slaughterhouse, vegetable and fruit traders, as well as bank employees and telecommunications companies carried out a protest in front of the Ministry of Education.

In El Gedaref, Jaafar Khidir described the strike as successful.

The strike included the sectors of lawyers, teachers, and medical staff of the Ministry of Health, while most of the banks were closed. 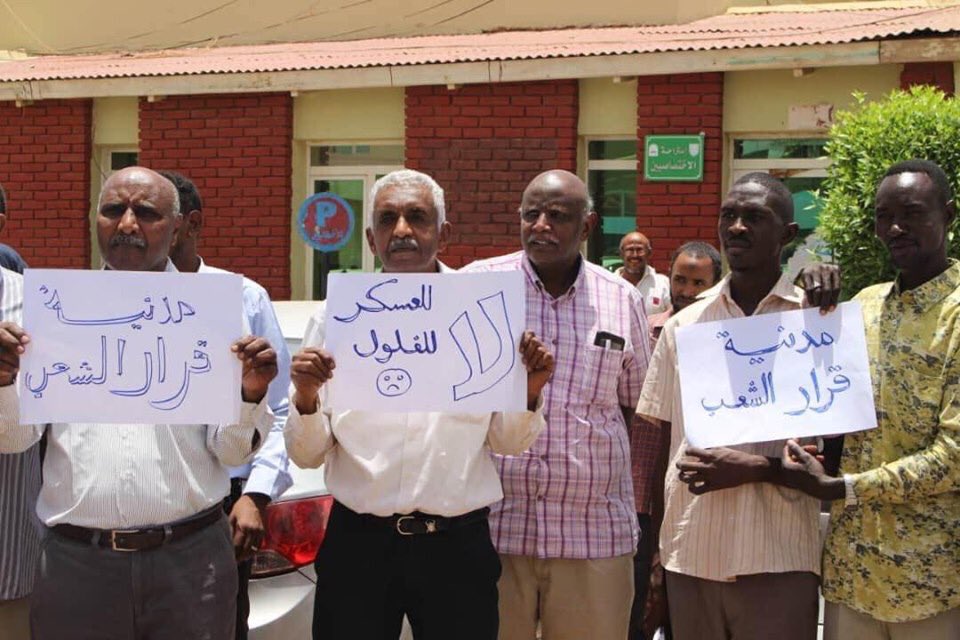 Teachers and nurses carried out separate protest vigils in support of the strike and the Alliance for Freedom and Change forces held a press conference praising the strike.

Among other towns that participated extensively in the strike were Shendi, Karima, Merowe and Dongola.

El Burhan: AFC must negotiate with the TMC unconditionally