The UN Office for the Coordination of Humanitarian Affairs (OCHA) in Sudan reports in its latest weekly bulletin that the Government of Sudan has opened a new corridor for humanitarian assistance from El Obeid in central Sudan to Bentiu in South Sudan.

In North Darfur, an inter-agency mission has visited El Lait (Ailliet) locality to assess the humanitarian needs of thousands of East Darfuri displaced.

According to the UN Children’s Agency (Unicef), 68 percent of the Sudanese households have access to basic improved water.

The UN Secretary-General has issued a new report on the impact of armed conflict on children in Darfur, South Kordofan, Blue Nile state, and Abyei.

The Irish government donated €3 million to the Sudan Humanitarian Fund in March.

On 26 March, the Sudanese government announced the opening of a new humanitarian corridor for humanitarian assistance to South Sudan. The aid is to be delivered by the World Food Programme (WFP) from the North Kordofan capital of El Obeid to Bentiu in South Sudan’s former Unity State, where 100,000 people are enduring famine.

The humanitarian corridor will not only allow for the timely delivery of food aid, but will also help reduce reliance on air operations. Meanwhile, WFP continues to use the existing corridor in Kosti in White Nile State, to reach South Sudanese in need in Renk.

An inter-agency mission visited El Lait (Ailliet) locality, close to the East Darfur border, from 19 to 23 March to assess humanitarian needs of about 8,000 East Darfuri people who fled clashes between farmers and pastoralists earlier this year.

The mission included representatives from the governmental Humanitarian Aid Commission (HAC), UN agencies, INGOs, NGOs, and state line ministries. Immediate needs of the newly displaced persons include emergency shelter, water, food as well as access to health and education services. Once the results of the verification and registration exercise implemented by the International Organization for migration (IOM) and HAC are shared, humanitarian organisations will begin providing assistance.

Aid organisations are continuing to assist people in need in a number of areas of the Jebel Marra massif located in Central Darfur. Humanitarian partners are currently waiting for the results of an IOM and HAC registration exercise, to determine the accurate numbers of displaced, returnees and other affected populations in the Golo area and to determine further response. 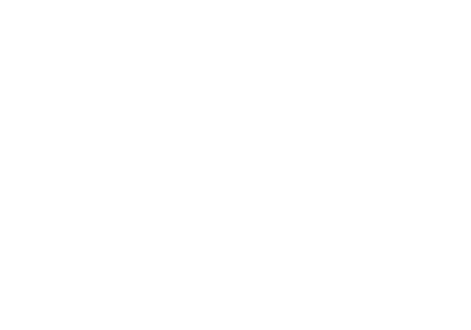 In Sudan, 68 percent of households have access to basic improved water, with disparities in access between rural and urban populations at 64 and 78 per cent respectively, according to a statement issued by Unicef for World Water Day.

An estimated 13 million people in Sudan are still using unimproved drinking water sources, with about 32 percent of the population drinking contaminated water from unimproved water sources.

OCHA states that significant investment and commitment is required from the Government of Sudan, donors and the private sector to achieve universal and equitable access to safe and affordable drinking water for all. Unicef is working with the Government of Sudan and other key partners to support increased access to basic improved water supplies for communities, camps for the displaced, and schools, with a focus on women and children.

Impact of armed conflict on children in Sudan

On 6 March, the UN Secretary-General issued a new report detailing the impact of armed conflict on children in Darfur, South Kordofan and Blue Nile and in the Abyei Administrative Area.

Leila Zerrougui, Special Representative of the Secretary-General for Children and Armed Conflict, said in a statement that child recruitment and use of children in armed conflict has declined during the period covered by the report (March 2011 to December 2016). However, boys and girls continued to be victims of grave violations committed by all parties to the conflict, including killing and maiming, sexual violence and attacks on schools and hospitals, she said.

On 20 March, the Government of Ireland announced a contribution of €3 million (about $3.3 million) to the UN Humanitarian Pooled Fund in Sudan.

The funding to the Sudan Humanitarian Fund (SHF) will be used to provide life-saving assistance through UN and NGO partners, based on the needs of vulnerable people facing conflict, forced to leave their homes, and with insufficient food to feed their families.