An estimated 10,000 internally displaced persons (IDPs)—1,943 families—who have settled in areas around Delling town (Alfarshaya, Eltukma, Elnila and Altumat), South Kordofan State, need humanitarian assistance, according to findings of an inter-agency mission carried out from 2 to 5 October.

The UN Office for the Coordination of Humanitarian Affairs (OCHA) reports in its latest biweekly humanitarian bulletin that the IDPs—most of whom are women and children—have settled in areas that are prone to flooding and have indicated their willingness to return to areas of initial displacement, provided there is security. Rain-fed farming was reported as the main source of livelihood, supplemented with paid labour. However, the IDPs have reported limited access to land for cultivation especially in areas surrounding Delling town. Aid organisations are currently preparing to respond with food, water, sanitation assistance, livelihood opportunities, free health services and education support.

In some of the assessed areas, IDPs are unable to access healthcare services either due to lack of funding or the long distances to health facilities. This is the case in the Umalwan area, where the nearest health facility is 4km away and is difficult to reach during the rainy season. There are no ante‐natal services available, and most health centres do not have adequate staff, according to the mission report. There are also no ongoing health promotion activities in any of the assessed areas. Some of the IDPs do not have adequate potable water or sanitation facilities.

For many IDPs, livelihood opportunities are out of reach

Without access to arable land due lack of funds and security, most IDPs arriving in the Delling area are limited to cottage-style subsistence agriculture. With the majority previously engaged in agriculture, pastoralism, and agro-pastoralism in their areas of origin, livelihood prospects are limited.

The high number of water handpumps in a state of disrepair has compelled IDP families to use unprotected water sources, exposing them to the risk of water-borne diseases, according to the mission report. There were concerns that some households had dug water wells inside their houses close to pit latrines, increasing the possibility of contamination. Most of IDPs do not have latrines in their homes and many reported that latrines caved in easily due to the soil structure. Some of the available latrines are unsafe, and the affected community lacks personal hygiene awareness and practices.

Of the 90 schools in Delling locality, and five alternative learning programme (ALP) centres, 59 schools are functioning, of which five cater to nomads and one is an ALP centre. Only 10 primary schools are accessible to IDP children. While 3,408 (1,558 girls and 1,850 boys) currently attend school, according to the Delling locality Education Office, overall, there are not enough schools to meet the needs of the IDP, the host and the returnee communities. With almost half of these schools requiring rehabilitation or built of grass, all schools lack sufficient basic equipment and materials such as seating, desks and boards. There are also no water or sanitation facilities.

A fourth humanitarian corridor from El Obeid to Aweil, enabling the movement of humanitarian assistance from Sudan to South Sudan, will become operational in late November for the first time, following recent road assessments on both sides of the border. A trial delivery of 500 metric tons (MT) has been loaded and will commence upon final clearance from the Government.

There are currently four corridors that deliver humanitarian supplies to South Sudan from Sudan, but only three have been in use in 2017, including Renk and Bentiu in South Sudan and Nazareth in Ethiopia, which the World Food Programme (WFP) uses for airdrops from Gambila into affected areas of South Sudan.

WFP and the governments of Sudan and South Sudan possess a memorandum of understanding (MoU), which designates WFP as the sole agency responsible for the transportation of humanitarian cargo from Sudan to South Sudan. This 2014 MoU reopened the humanitarian corridor for the first time since the two countries separated in 2011. The current agreement is operative until June 2018.

An extension to the El Waral refugee camp will form Aljame’ya refugee camp, which should accommodate some over 5,000 households. Work to clear land assigned for the new camp began in October, with over 600 household plots and sites for administrative buildings and storage areas demarcated so far. A land extension project for Um Sangour camp to accommodate an additional 3,000 households is also underway. Both sites are expected to be completed by mid-January.

The first national anti-trafficking plan, officially endorsed by the Government of Sudan, was launched on 8 November, according to a press release issued by the International Organization for Migration (IOM). This is the second phase of the Sudan National Action Plan to Combat Human Trafficking (NAP) which was initiated by the Government’s National Committee for Combating Human trafficking (NCCT) with technical support from IOM Sudan, and funding from the Swiss Agency for Development and Cooperation (SDC).

The main pillars of the Plan are prevention of human trafficking by reducing the number of people vulnerable to trafficking, raising public awareness and improving public engagement on the issue of human trafficking. The plan also includes actions on protection, care and support for victims of trafficking by improving identification and referral of trafficked persons; guaranteeing protection of victims; and improving services received and training cadres working in this field. Also among the pillars is the investigation and prosecution of traffickers through strengthening the legal framework and enhancing the capacity of the criminal justice system to investigate, prosecute and punish traffickers and secure justice for victims.

Following the launch of the Plan, the NCCT will conduct a series of briefing workshops and will engage with the different state and non-state stakeholders to identify the areas and/or sectors, which will play a role in the implementation of the Plan. The NAP launch was supported by IOM’s building regional and national capacities for improved migration governance in the Intergovernmental Authority on Development (IGAD) region programme, funded by the SDC.

Small business and vocational training for Syrian and Yemeni refugees

Refugees in Sudan are given a fighting chance. 200 Syrian and Yemeni refugees were trained on fundamentals of financial literacy/entrepreneurship and vocational training between 18 October and 12 November 2017 in Khartoum.

The training was organized by the national NGO Sanad Charity Foundation with support from the UN Refugee Agency (UNHCR) as part of UNHCR’s activities to ensure self-reliance and sustainability of livelihoods for urban refugees in Khartoum, including Syrian and Yemeni refugees. The training sessions included financial literacy/entrepreneurship basics, including on how to establish and run a small business for 150 refugees (100 Syrians and 50 Yemenis) carried out at El Magribi Training Centre. Upon the successful completion of the theoretical part of the entrepreneurship/small business training, participants will be awarded financial grants of 15,000-20,000 SDG (an estimated US$2,250-3,000) to help kick start their small business plans into reality. Another group of 50 refugees (30 Syrians and 20 Yemenis) will attend the vocational training at the Khartoum II Training Centre.

The refugee response in Sudan aims to address the needs of refugees living in urban areas across Sudan, especially in Khartoum, with a focus on livelihoods to support self-reliance, including through access to vocational training opportunities, cash-based interventions, micro-financing and livelihood asset protection, with efforts to create partnerships with the private sector and development actors. 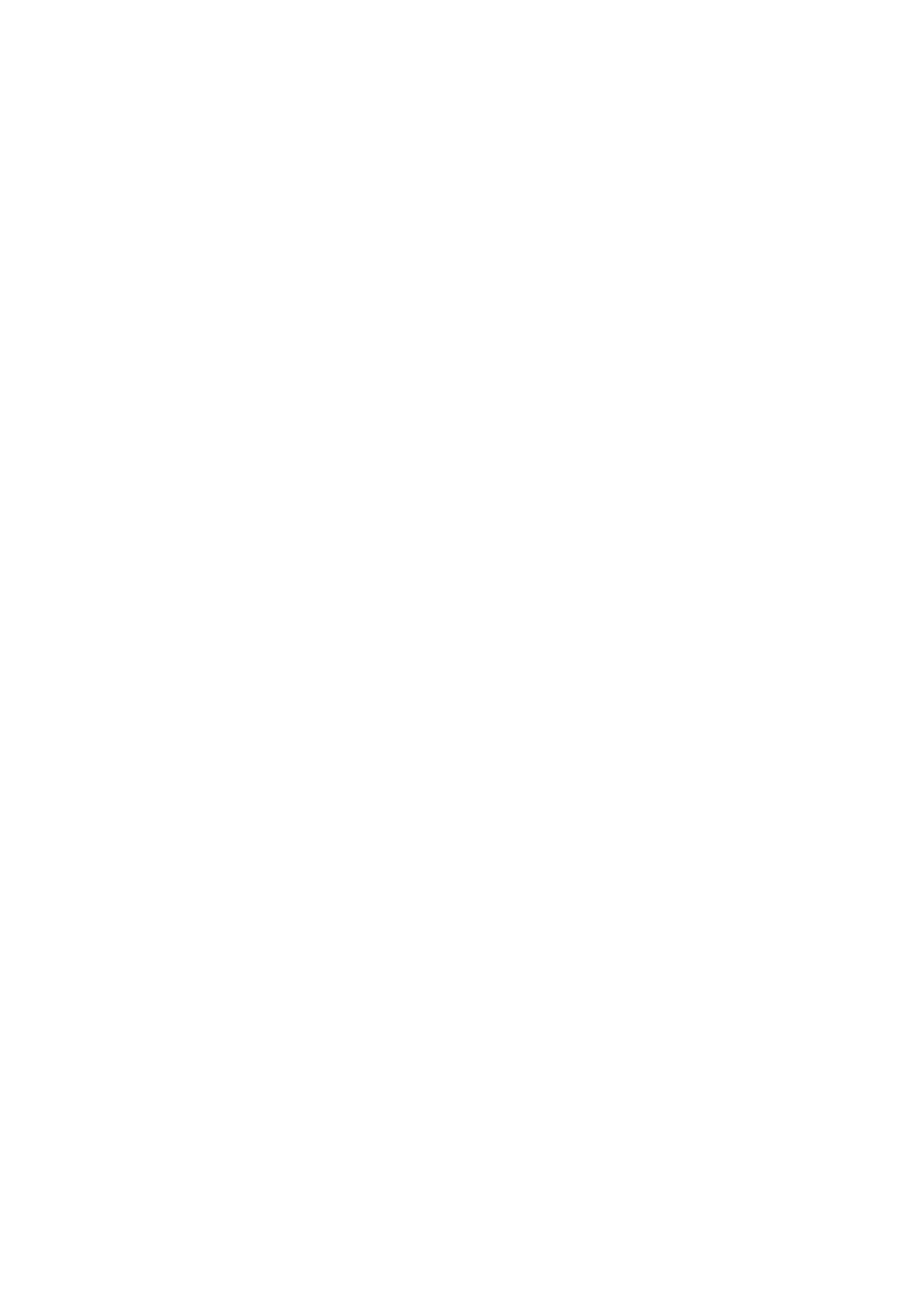 Sudan OCHA bulletin 26: WFP expands the delivery of food through Sudan to people in need in South Sudan

Sudan OCHA bulletin 22: About 13,000 people return to their home areas in West Darfur