Harvests starting in October will maintain or improve acute food insecurity between October 2017 and January 2018 in Sudan. Almost 460,000 South Sudanese refugees have arrived in Sudan since December 2013. The UK contributed $3.8 million for aid to them and their host communities. Heavy rains have affected an estimated 97,000 Sudanese. UN funds allocated $21 million to address humanitarian needs in newly accessible areas in the country.

The UN Office for the Coordination of Humanitarian Affairs reported in its latest biweekly bulletin that new displaced in Darfur, South Kordofan, Blue Nile, West Kordofan, and refugees from South Sudan will likely remain in crisis levels of food insecurity.

Continued displacement limits access to land for cultivation and to seasonal agricultural labour opportunities, according to the latest FEWS NET Sudan Food Security Outlook Update for August – which is the peak of the lean season in Sudan. Parts of Red Sea and Kassala will also likely be in crisis through September. People in rebel-controlled areas in South Kordofan and the Jebel Marra area will be in emergency levels of food insecurity through September.

The number of food insecure people facing severe food insecurity levels is slightly higher than usual because of the influx of refugees from South Sudan, and poor 2016 harvests in South Kordofan and parts of North Darfur. 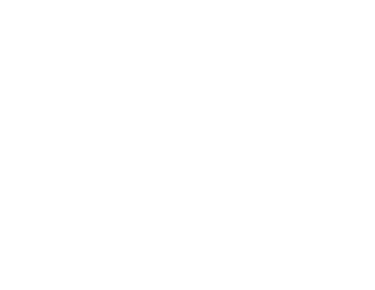 As a result, many areas will return to lower levels of food insecurity, FEWS NET predicts.

Almost 460,000 South Sudanese refugees have arrived in Sudan since December 2013, according to the latest UN Refugee Agency (UNHCR) Population and Operational Update of 31 August.

About 182,000 refugees arrived this year so far. The majority of new arrivals are women and children.

Despite the continued influx of South Sudanese refugees into the country, only 22 per cent ($48 million) of the $221.7 million needed for the Sudan response under the revised South Sudanese Regional Refugee Response Plan has been received. As a result of low funding, UNHCR expects challenges in delivering basic assistance to new refugees from South Sudan.

UNHCR received a £3 million (approximately $3.8 million) contribution from the UK Department for International Development (DFID), according to a press statement issued on 29 August.

This contribution will be used to provide humanitarian assistance to 150,000 South Sudanese refugees and 15,000 people from host communities in the country.

An estimated 97,000 people (19,335 families) across the country have been affected by heavy rains and flash floods, according to reports from the government’s Humanitarian Aid Commission (HAC).

Another week of heavy rainfall over western Ethiopia is expected to sustain the risk for flooding along the Nile River basin, the FEWS NET Global Weather Hazard Summary for 8 to 14 September stated.

The UN Central Emergency Response Fund (CERF) and the Sudan Humanitarian Fund (SHF) have together allocated $21 million to address the most critical humanitarian needs and increase self-reliance of communities in newly accessible areas in Darfur’s Jebel Marra area, as well as in South Kordofan and Blue Niles states.

The funds will enable humanitarian partners in Sudan to provide lifesaving food support, nutrition, water and sanitation, health and other assistance to thousands of children, women and men in these newly accessible areas.

CERF and SHF funding contributions come at a time when funding for the Humanitarian Response Plan (HRP) 2017 for Sudan is very low. The 2017 HRP appeals for $804 million, of which about $200 million has been received so far.