The influx of South Sudanese into Sudan has continued over the past week, with 54,635 refugees having arrived between early February and 24 April 2016, according to humanitarian organisations. Over the past week, there has been an increase of about 700 people. This includes 43,201 people in East Darfur, 4,125 in South Darfur and another 7,309 people in West Kordofan states (see the details in the table below).

Continuing conflict in South Sudan and heightened food insecurity in Northern Bahr el Ghazal and Warrap states are the main drivers of this recent influx. Further arrivals are expected to continue, with a peak in late May prior to the onset of the rainy season in South Sudan. According to a press release issued by UN Refugee Agency (UNHCR), the UN Children’s Agency (UNICEF) and the World Food Programme (WFP), there are major concerns regarding the funding shortfalls, which could affect the delivery of assistance to South Sudanese refugees in the country.

The majority of the South Sudanese refugees (79 per cent) have arrived in East Darfur, mainly in Khor Omer camp. Of the 43,201 people who have arrived in East Darfur there are currently 26,975 refugees in Khor Omer, out of whom 24,363 have been initially verified by the International Organization for Migration (IOM). This is the initial stage of IOM’s verification process and the final figure may change depending on the outcomes of the multi-stage verification process. The remaining 2,612 people were registered by the Sudanese Red Crescent Society (SRCS) and arrived after the start of IOM’s verification exercise. Other localities hosting refugees include Abu Karinka, Adila, Abu Jabra, El Fardus, Assalaya and Yassin (in Muhajiriya administrative unit) where over 16,000 refugees have arrived, according to the Government’s Humanitarian Aid Commission (HAC) 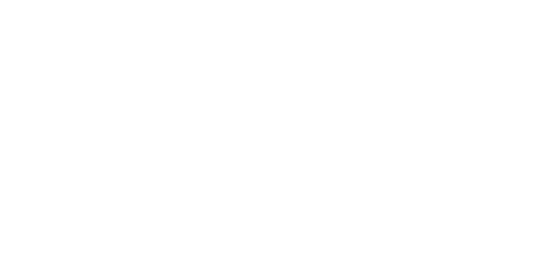 and the SRCS. This number has not been verified by humanitarian partners as access to these locations is yet to be granted. Since March, aid organisations in East Darfur have submitted three requests for inter-agency missions to various locations outside of Ed Daein town, which are hosting new South Sudanese arrivals. One request was approved by authorities, but the mission did not take place due to logistical constraints (lack of armed escort), while two requests were not approved by authorities due to reported security and safety concerns.

In response to the needs of the new arrivals in Khor Omer camp, UNHCR and the SRCS started the distribution of emergency household supplies (jerry can, two plastic mats, two blankets and one cooking set), which will cover all refugee families in the camp. WFP has dispatched another batch of food assistance totalling 243 metric tons (MT) to Khor Omer to be distributed to the new refugee arrivals by the SRCS. Thus far, WFP has reached some 26,000 South Sudanese refugees in Khor Omer with a total of 638MT of emergency food assistance and 5MT of nutrition assistance for the prevention of acute malnutrition. The international NGO ZOA and the national NGO ASSIST continue to truck in water, but the supply remains below the required amount. UNICEF is working with partners to increase water supply and storage with the provision of 13 additional bladders, of which one has already been installed, and increased pumping hours of the single borehole providing water to the South Sudanese refugees and host community. In addition, UNICEF has signed an agreement with the international NGO United Methodist Committee on Relief (UMCOR) for hygiene promotion activities, for the operation and maintenance of the water system and the construction of two water yards and 453 latrines. The national NGO Mercy and UMCOR are conducting hygiene promotion and sanitation awareness campaigns in the camp through social mobilisation and community participation. For more details on the response in Khor Omer, please see the South Sudanese Influx into East Darfur Fact Sheet available here.

On Monday 18 April, representatives from the government, international NGOs, local leaders and the UN visited a proposed site for a new refugee camp, about 10km from Ed Daein town. The native/traditional administration delegated a committee, headed by an Omda (local community leader), to facilitate negotiations with the landowners for permission to use the land.

In Central Darfur, aid organisations have reported a total of 5,200 internally displaced persons (IDP) from Jebel Marra in the Fanga Suk area (4,200) and Rokero town (1,000) following inter-agency needs assessment missions to the areas. Aid agencies, HAC and government line ministries conducted an inter-agency assessment mission to Fanga Suk during 19-23 April. The mission established that some 4,200 people were displaced from 13 villages (Tawa, Sallal, Tiro, Gorrol Sala, Kawla, Ayoura, Taibro, Hilat AIdriss, Soory East, Soory West, Booli, and Jambo) to Fanga Suk due to the fighting that started in mid-January. These IDPs are in need of humanitarian assistance, including food, water, emergency shelter and household supplies as well as health and sanitation assistance. There is a police post, with six police personnel, in Fanga Suk and three child-friendly spaces run by UNICEF and the national NGO SAEKER. There is also a health centre that is staffed by one medical assistant from the Sudanese Armed Forces (SAF), however, there is limited medicine available and no staff from the State Ministry of Health (SMoH) or aid organisations. There are no nutrition services available in the area.

In Rokero town, HAC reports the arrival of 1,000 IDPs from Daya, Rowfata and Arow villages in Northern Jebel Marra locality. An assessment was undertaken by HAC, line ministries and national NGOs to Rokero town on 21 April. According to community leaders, most of the civilians in Northern Jebel Marra locality were displaced to places in North Darfur and Central Jebel Marra locality. The mission identified that the IDPs are in need of food, emergency shelter and household supplies, water, sanitation, health, education assistance as well as agricultural seeds and tools. The health centre in the town is in need of rehabilitation and regular medical supplies as the current stock of medicine will only last for one month. The main diseases in the area are whooping cough, worms, bilharzia, diarrhoea and chest infections. There are no nutrition services in the area and the most recent nutrition survey was done in 2004. Complicated medical cases are referred to El Fasher using commercial transport. Of the 25 hand pumps in the area only 12 are working and there are 40 open dug wells, which have not been chlorinated.

HAC previously reported that the total number of displaced people from Jebel Marra in the state stands at 14,439. This includes areas where international humanitarian organisations either have no access or only have partial access (Guldo, Nertiti, Thur and Golo). With the addition of 5,200 IDPs newly identified in Fanga Suk and Rokero, the overall number of Jebel Marra IDPs in Central Darfur is estimated at 19,639 people. Anecdotal information from other sources also indicates the displacement of between 40,000 to 45,000 people in other areas, which cannot be verified due to lack of access. The total registered/verified number of IDPs (only in Zalingei) is 1,629 as humanitarian organisations still face humanitarian access restrictions. WFP plans to assist 14,500 IDPs in Nertiti, Thur and Guldo with food assistance, as the IDPs continue to arrive in these areas. HAC has agreed with WFP to register those who missed or came after the HAC registration. Meanwhile, inter-sector and inter-agency coordination capacity in the area has been reduced after the stay permit of a staff from the UN Office for the Coordination of Humanitarian Affairs (OCHA) in Nertiti was not extended.

In South Darfur, the total number of IDPs stands at 10,641, of whom 2,366 people have been initially registered by IOM (in Kass and Otash IDP camps), according to humanitarian actors. Humanitarian access has improved, with authorities permitting an inter-agency assessment mission to Marshang and Alwehda localities. On 19 April, WFP and the international NGO World Vision International completed the distribution of onemonth food rations to 355 IDPs from Jebel Marra in Kass IDP camp.

The number of Jebel Marra IDPs in North Darfur’s Sortony and Tawilla areas are still under revision due to IOM’s registration and verification process being put on hold by authorities since mid-February. WFP is currently cross-checking its distribution figures against its recently conducted headcount in Sortony. As such, final revised figures are not yet available. Advocacy by the Humanitarian Country Team (HCT) for the resumption of IOM’s registration and verification processes is ongoing both at the state and federal levels. Despite the unavailability of exact numbers, people displaced from the Jebel Marra area continue to receive assistance in their areas of displacement from aid organisations and government authorities.

Some 173,000 people are reportedly food insecure in SPLM-N areas of South Kordofan and Blue Nile

A humanitarian update for March 2016 produced by the South Kordofan and Blue Nile Coordination Unit (SKBN CU) says that renewed conflict between government security forces and the Sudan People’s Liberation Movement-North (SPLM-N) has provoked significant internal displacements and increased humanitarian needs throughout the two states, against a backdrop of already severe food insecurity.

The SKBN CU reported that since February close to 13,000 IDPs were recorded by humanitarian monitors in SPLM-N controlled areas in South Kordofan. According to the SKBN CU, the humanitarian impact of the conflict continues to put pressure on an already exhausted population, especially for the newly and previously displaced populations. Coping mechanisms are significantly constrained, as insecurity has hindered trading and income generating opportunities. While in a normal situation food stocks would run out in August, in most areas, food stocks are rapidly being depleted, according to humanitarian monitors. In parts of Habila, As-Sunut and Kao-Warni-Nyaro in South Kordofan and parts of Chali Al-Fil, Wadaka and Yabus in Blue Nile, food stocks have already run out. According to SKBN CU monitors, at least 173,000 IDPs are severely food insecure in SPLM-N controlled areas in South Kordofan and Blue Nile states and an additional 210,000 are at risk of food insecurity in the coming months.

Food security to improve from October 2016

The April 2016 Food Assistance Outlook Brief issued by the Famine Early Warning Systems Network (FEWS NET) reports that improvements in access to food following harvests in October, coupled with seasonal declines in staple food prices and improvements in pasture and water availability, should improve food security starting in October 2016. According to FEWS NET, the estimated acutely food insecure population in October is likely to be 2.5 - 4.99 million people or 5 - 20 per cent of the population. The FEWS NET report also noted that the lean season started earlier than usual and is expected to last from March to September 2016.

Closure of HelpAge International in Sudan

In its 33 years of operation in the country, HelpAge has been targeting vulnerable older persons (above the age of 50) and their households, a demographic group that is often overlooked in humanitarian interventions. HelpAge has been operational in Darfur since 2004, focusing on delivering humanitarian aid and recovery activities in various areas for older people and their dependents. HelpAge assisted over 95,000 people (50,000 women, 31,500 men and 14,700 children) in West Darfur, South Darfur and Khartoum states between 2014 and 2016 through a variety of programming interventions.

According to UNHCR’s Refugees/Migrants Emergency Response – Mediterranean data portal, about 25,500 people arrived by sea to Italy in 2016. This includes 1,504 Somalis, 761 Sudanese, 615 Eritreans and 299 Ethiopians.

In a report issued in February, UNHCR highlighted that most of the Eritreans and Sudanese who arrive by sea in Italy are male adults. According to information collected by UNHCR staff and received from people arriving, Sudan appears to be one of the main transit countries for Eritreans and Somalis arriving in Italy by sea.

According to a 2014 report by the Geneva-based Global Initiative against Transnational Organized Crime, the eastern route of migration from Africa to Europe sources from Somalia, Eritrea and Darfur in Sudan, and tends to cut north through Sudan and Egypt and then along the northern coast of Africa. All of these routes converge in the Maghreb, and in recent years mostly in Libya, for the sea crossing to Italy. 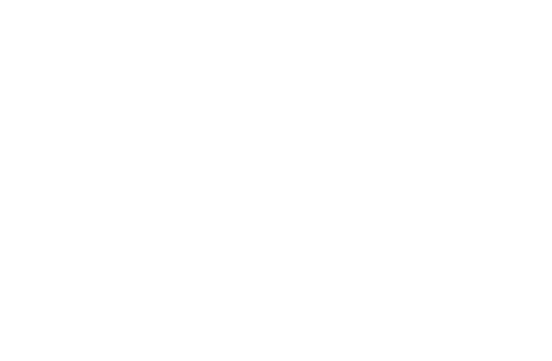 ‘Progress, but many challenges remain’: UN Expert on Human Rights in Sudan