Over 221,322 South Sudanese had arrived in Sudan between December 2013 and 15 April 2016, according to the UN Refugee Agency (UNHCR). This includes close to 53,000 people who arrived in Sudan between late January and 15 April this year. In addition to the ongoing conflict in South Sudan, heightened food insecurity in Northern Bahr el Ghazal and Warrap states is a main driver of the recent influx.

Emergency response for the new arrivals is currently underway. UNHCR and partners are also developing a response plan for East Darfur, South Darfur, West Kordofan and White Nile states for more arrivals. The new refugee influx is expected to continue until the onset of the rainy season with the total number of arrivals anticipated to reach 120,000 by the end of June, including 100,000 arrivals in East and South Darfur and 20,000 in West Kordofan. These planning figures are in addition to the continuous flow of South Sudanese fleeing conflict into White Nile State, which is expected to receive about 20,000 arrivals throughout 2016, including people coming directly from South Sudan and South Sudanese relocating from other areas in Sudan. 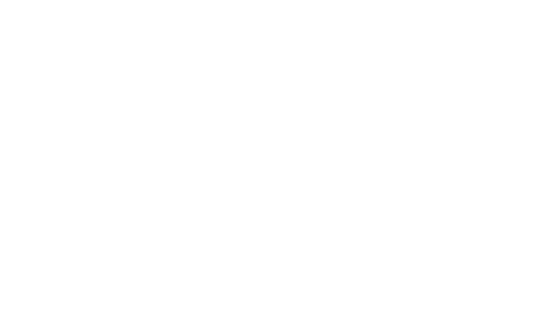 In response to the needs of the new arrivals in Khor Omer, the international NGO American Refugee Committee (ARC), the World Health Organization (WHO) and the UN Children’s Agency (UNICEF) are supporting the State Ministry of Health (SMoH) in a measles vaccination campaign targeting 11,500 people under 15 years, of whom 2,400 have been vaccinated as of 16 April. The vaccination campaign is ongoing.

The World Food Programme (WFP) has provided 391 metric tons (MT) emergency food assistance to 22,260 South Sudanese in Khor Omer camp thus far, assisting the refugees identified by IOM and most of the refugees registered by SRCS with full rations. As the influx continues, WFP will organise another round distributions. A total of 119,000 litres is supplied daily by UNICEF and WES as well as trucked in by the international NGO ZOA, the African Union – United Nations Mission in Darfur (UNAMID) and the national NGO ASSIST. This brings water availability for both the old and new caseload to 3 litres per person per day, which is below the SPHERE standard of 7.5 to 15 litres per person per day. Emergency household supplies have arrived in Khor Omer and will be distributed to all new South Sudanese refugees by UNHCR and SRCS.

The 2016 South Sudanese Regional Refugee Response Plan was launched on 7 December 2015, with inter-agency requirements for Sudan set at US $54.2 million. As of 15 April, the response plan had received 9 per cent of funding.

The number of displaced people from the Jebel Marra in North Darfur area is still being reviewed by aid organisations. The International Organization for Migration (IOM) has not been given permission to register the displaced people since 17 February. It is presumed that the working figures in Sortony will be considerably reduced in coming weeks, as compared to information that was previously reported by IOM. WFP is in the process of verifying its distribution figures against those head counted earlier in Sortony to ensure that current working figures are as accurate as possible. Once this process is complete, planning figures will be updated accordingly. The Humanitarian Country Team (HCT) and IOM continue to advocate for the resumption of IOM registration activities in North Darfur.

As of 16 April, some 323,000 litres of water (293,000 litres trucked by the humanitarians and 30,000 fetched by the IDPs) are being supplied daily to Jebel Marra IDPs in Sortony site, North Darfur. In order to increase the water supply, UNAMID has deployed a drilling rig to the area and started drilling two boreholes, which were identified as a result of a geophysical survey. UNICEF and the international NGO OXFAM have also deployed additional drilling machines to Sortony. Diarrhoea is one of the major health issues in the area and is mainly due to contaminated water. According to the SMoH, 12 water samples (taken from water points and from households) were found to be contaminated. Water chlorination at both collection points and household levels is therefore required.

The international NGO Médecins Sans Frontières – Spain (MSF- E) reports there has been an increase in the number of Severe Acute Malnutrition (SAM) cases admitted to its outpatient therapeutic programme. SAM cases have increased from 191 last week to 261 cases as of 12 April. Meanwhile, the national NGO ANHAR has reported an increase of SAM cases from 338 to 394 during the last two weeks. Additionally, the number of SAM cases with complications that have been admitted to the stabilisation centre have increased from six to nine cases as of 12 April. For Moderate Acute Malnutrition (MAM), ANHAR—with support from WFP—will run two targeted supplementary feeding programmes in the area. Generally, the increase in SAM cases has been associated with the increase in diarrhoea due to poor hygiene, sanitation and contaminated water.

On 14 April, an inter-agency mission visited Mershang town in South Darfur to assess the needs of a reported 1,500 people who arrived in the town from the Jebel Marra area. According to community leaders, the number of IDPs arriving in Mershang increased between March and April as improved security allowed people to move down from the mountains through Shangil Tobaya (North Darfur) to Mershang town. HAC and the IDP emergency committee in Mershang have registered these people. More IDPs are expected to arrive soon. The mission found that there are six functional elevated water tanks and 46 hand pumps of which two are currently being rehabilitated. The new IDPs can access a health centre run by the international NGO World Vision International (WVI) and water and sanitation services in the town. Community leaders report a shortage of medicines in the health facility. On 17 April, WVI started a mid-upper arm circumference (MUAC) screening for children under 5 years and will provide those requiring intervention with the necessary nutrition assistance. Community leaders also report that 12 unaccompanied children arrived in Mershang who were later reunited with their parents. In Kass, aid organisations continue to assist the Jebel Marra IDPs who have arrived in the area. The international NGO Care constructed seven communal latrines and plans to construct an additional nine household latrines. CIS is also planning to distribute jerry cans for the new arrivals.

Following a report from HAC on IDP returns from West Darfur’s Mornei IDP camp to Rongatass in Central Darfur, an inter-agency mission visited the area on 14 April. The mission identified 5,750 people who had come to the area, with more expected soon. The mission included representatives of OCHA, UNHCR, WFP, UNICEF, HAC, the Government’s Water and Sanitation Department (WES), and the international NGOs Save the Children Sweden (SCS) and Catholic Relief Services (CRS). The mission met with community leaders, women’s groups, HAC, National Intelligence and Security Services (NISS), the locality commissioner, the police commissioner and community leaders. According to HAC and the community leaders, these people started arriving in the Rongatass area on 22 March following the decision of authorities in Mornei to relocate the IDP camp from the town to an area close to the UNAMID team site. The returnees were originally from Central Darfur—but not from Rongatass—and had fled to Mornei in 2005. They told the mission that they have decided to stay permanently in Rongatass. According to the mission findings, the area lacks latrines, safe water supply and a health facility. The priority needs for these people are sanitation, water, shelter and health services as well as agricultural assistance. Aid organisations will conduct further assessments to determine the required interventions. 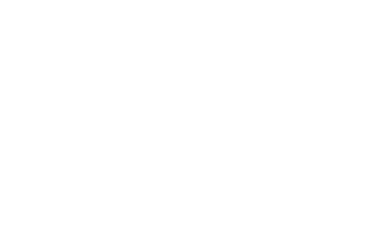 On 12 April, the Government of Sudan—in collaboration with UNICEF—announced the launch of a nationwide polio campaign with vitamin A supplement targeting 4 million children under five years in Sudan. The three-day campaign was completed in 123 localities in 15 high-risk states across the country. For the campaign, UNICEF procured 4.8 million vaccine doses and is supporting the Ministry of Health with door-to-door vaccination and social awareness campaigns. A second phase of the campaign is scheduled for September. Despite the fact that Sudan has been polio free since 2009 and is on track to achieve the Global Polio Eradication Initiative, the presence of poliovirus in several neighbouring countries in the Horn of Africa keeps Sudan at high risk. There are also concerns for some 200,000 children in conflict-affected areas of Jebel Marra and South Kordofan and Blue Nile states, some of whom have are at risk due to missing out on life-saving interventions for the past five years, according to UNICEF.