According to the latest joint epidemiological bulletin by the Sudanese Ministry of Health and the World Health Organization (WHO) almost 15,000 suspected cases of Acute Watery Diarrhoea (AWD) were reported in Sudan, including 279 deaths, between mid-August 2016 and 2 June this year.

The UN Office for the Coordination of Humanitarian Affairs (OCHA) in Sudan reported in its latest bulletin that the AWD outbreak is currently active in El Gedaref, Sennar, El Gezira, White Nile, North Kordofan, Khartoum, and River Nile states. WHO procured more Diarrhoeal Diseases Kits and Rapid Response Kits to be distributed to target states early next week.

The governor of White Nile state has requested UN agencies, including WHO and the UN Children’s Fund (Unicef), to increase their support to contain the outbreak. He directed the Sudanese Water Corporation to improve the water quality in its water stations, and coordinate with Unicef the installation of new tanks provided by Oxfam in the affected villages.

The Health Ministry has requested WHO’s support to use oral cholera vaccines for South Sudanese refugees in South Kordofan.

Agreement for voluntary return of Sudanese refugees from Chad

On 31 May, the government of Sudan and Chad signed two agreements with the UN Refugee Agency (UNHCR) on the voluntary return of Sudanese refugees from Chad and Chad refugees from Sudan.

There have been recent sizeable spontaneous returns of Sudanese refugees from the camps in Chad as well as firm expressions of the intention to return home on the part of Chadian refugees living in Sudan. The agreements set out the legal frameworks under which any eventual repatriation would be undertaken.

According to UNHCR, as of 15 May there are 317,000 Sudanese refugees (mainly from Darfur) in Chad, while Sudan hosts 8,500 refugees from Chad.

An inter-agency mission visited Shattai and Kailek in South Darfur’s Shattai locality between 9 and 11 May to verify reports of returns to the area. According to the preliminary findings, security is good in Shattai town - mainly owing to a permanent police presence. 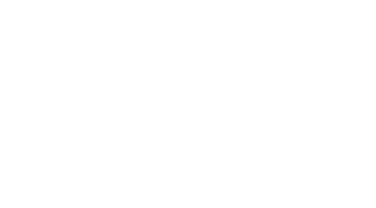 About 14,500 people have returned to Shattai locality since 2005. The returnees cited improved security, access to farmland, inadequate food assistance in the camps, and reunification with families were the main factors.

In Kailek, about 3,000 people reportedly returned from Kass and Kalma camps. There are security concerns as there is no police presence in the town.

Hygiene and sanitation are a concern in both Shattai and Kailek towns, with open defecation practised.

About 3,000 people left SPLM-N areas in South Kordofan since January

The South Kordofan government has reported that about 600 people arrive from areas controlled by the Sudan People’s Liberation Movement-North (SPLM-N) to government-controlled areas every month. This is an increase from the average of 100 people per month in 2016, and coincides with reports of growing food insecurity in SPLM-N areas.

In response to the reports of these new displacements, a joint rapid inter-agency needs assessment was carried out in Murta, Kulba, and Tillo. The newly displaced prioritised food, nutrition support, and shelter materials as their main needs.

In late May, a joint inter-agency mission, comprised of partners based in Um Dukhun locality, assessed the needs of displaced villagers who arrived in the town following fighting between Salamat and Misseriya tribesmen in April and May.

Humanitarian actors have reported the return of up to 80,000 people to Um Dukhun locality over the past two years. Development and Return, Recovery, and Reintegration (RRR) partners plan to conduct integrated interventions in the state.

Recent media reports have been claiming that there are water shortages in the Otash camp for the displaced in South Darfur. However, Unicef and Water, Sanitation and Hygiene Sector partners report that the level of safe water supply in Otash camp in South Darfur is currently 10 litres per person per day. The SPHERE standard for water supply is 7.5-15 litres per person per day.

The governmental Water and Environmental Sanitation Corporation reported that there is no major water shortage in the camp, noting that there was a temporary cut in the water supply for five days in May.