On 28 August, the UN Refugee Agency (UNHCR) announced that the Sudanese authorities agreed that South Sudanese in Sudan would be considered as refugees.

This was confirmed by the East Darfur Minister of Health, the UN Office for the Coordination of Humanitarian Affairs reported in its latest weekly bulletin.

This statement came after a joint high-level mission led by the Health Minister, and composed of representatives from the Sudanese government, UNHCR, and other UN agencies that visited the East Darfur capital of Ed Daein on 23 August.

According to UNHCR, more than 244,000 South Sudanese have sought shelter in various parts of Sudan, since the outbreak of the conflict in South Sudan in December 2013. This includes the about 90,000 refugees who arrived this year.

Relocation of refugees in East Darfur

The new Kario camp will accommodate about 30,000 of these new arrivals, easing the pressure on the basic services in Khor Omer camp for the displaced. The relocation is expected to be finalised by 20 September, the OCHA bulletin reads.

All the relocated refugees have received their food rations for August. The World Food Programme (WFP) through the Sudanese Red Crescent Society (SRCS) distributed over the past week 457 metric tonnes of food for 30,152 refugees in Khor Omer.

In Raja camp (a sub-camp of Khor Omer), the International Organization for Migration (IOM) has verified 1,842 South Sudanese refugees. Most of them arrived in early July this year.

This group of refugees, together with refugees from Raja in East Darfur’s El Ferdous locality will move to the El Nimir, about 13 kilometres west of Ed Daein, once the new site is ready.

The OCHA bulletin further reports that WFP planned to start food distributions for South Sudanese refugees in Kharasana in West Kordofan on 29 August, to cover their food needs for one month. 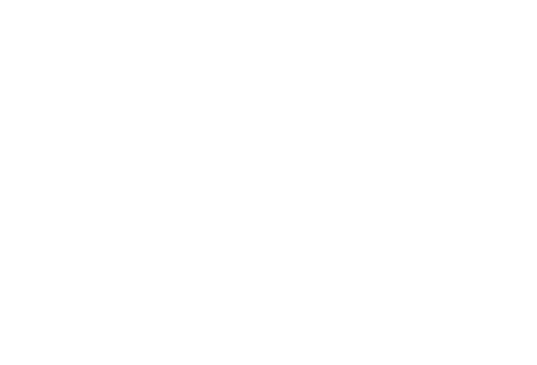 Funding for the 2016 Sudan Humanitarian Response Plan (HRP) increased to $390 million, according to OCHA’s Financial Tracking Service. This represents 41 per cent of the total $952.2 million requested.

While Sudan is facing multiple new crises, with people affected by the Jebel Marra conflict this year (about 82,600 of them have been verified and assisted, and up to an additional 115,000 may be in need), the influx of South Sudanese refugees (about 92,000 this year so far), the El Niño impact, and more than 200,000 Sudanese affected by flooding, funding continues to be low.

Of particular concern is the low level of funding for the South Sudanese refugee response in Sudan, which is only 20 per cent funded.

The HRP in Sudan brings together 80 UN agencies and international and national NGOs to assist 4.6 million people in need of emergency relief aid and other forms of humanitarian assistance in Sudan.

An estimated 204,000 people affected by floods

Since early June, at least 98 people have died as a result of heavy rain and flooding in Sudan. More than 204,000 people are affected, and over 22,000 houses have been destroyed across the country.

According to the Sudanese government and partners, the most affected states are Kassala, Sennar, and El Gedaref, South and West Kordofan, South Darfur, and El Gezira.

The government-led National Flood Task Force, in coordination with key actors, is continuing to monitor the impact of the rains and flooding, and coordinate the response. Government authorities, local communities, and in some areas national and international humanitarian organisations are responding to the needs arising from the heavy rainfall and flooding.

The UN and partners have launched a multi-sector, multi-annual, area-based pilot programme to support the sustainable return of more than 30,000 people in Um Baru locality in North Darfur, who originally fled the area as a result of conflict and food insecurity in the region.

The goal of this pilot programme –to be carried out by eight NGOs and coordinated by the Recovery, Return, and Reintegration (RRR) sector– is to ensure that these people, who were either displaced, or fled to Chad, are assisted to re-establish their lives in their place of origin.

Based on an early recovery approach, this $800,000 project, funded by the Sudan Humanitarian Fund, will provide access to basic services, to be strengthened with livelihoods projects, protection and social services.

IFAD and WFP team up for food security in Sudan

The International Fund for Agricultural Development (IFAD) and the WFP signed a Memorandum of Understanding on 29 August, to promote food security through improvement of agricultural production among smallholder farmers in Sudan.

Through this agreement, the two agencies will work to enhance the quality of and access to agricultural resources for smallholder farmers. This includes providing them with improved seeds, training on agricultural credit systems and on methods to reduce post-harvest losses.

According to WFP’s July update, Sudan is classified as a least-developed and low-income food-deficit country, with more than four million people facing crisis levels of food insecurity. The country’s global acute malnutrition rate is 16.3 percent, according to the 2013 national nutrition survey.